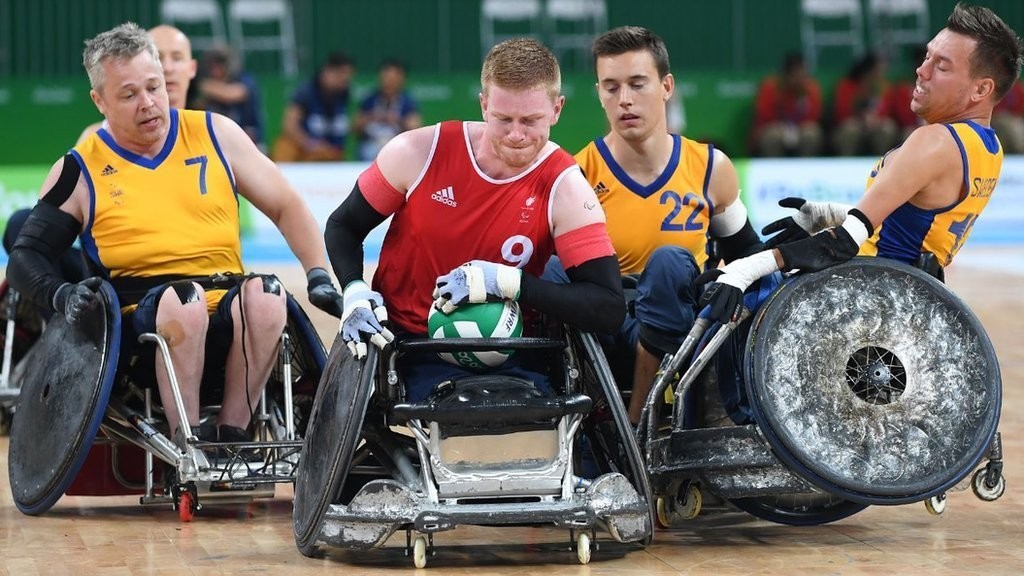 UK Sport has rejected wheelchair rugby’s appeal against its funding cut for the Tokyo 2020 Paralympic cycle.

Wheelchair rugby lost all of its £3m funding amid speculation UK Sport wants the Rugby Football Union (RFU) to pay more of the costs.

Seven sports are challenging the removal of their funding, including archery, badminton, fencing, goalball, table tennis and weightlifting.

An official announcement on the funding of the seven sports is expected later on Monday.

Great Britain finished fifth in the wheelchair rugby competition at the 2016 Rio Paralympics, after narrowly losing 53-51 to Australia and 50-49 to Canada in the group phase.

However, the British team did win gold at the European Championship in 2015.

Over the past five Paralympic cycles, wheelchair rugby received more than £7m in funding from UK Sport.

While Great Britain have won golds at European level, they have never won a World Championship or Paralympic medal.

What is the background?

In December, UK Sport announced the funding for the cycles for the Olympics and Paralympics in Tokyo in 2020.

As well as wheelchair rugby, archery, badminton, fencing, goalball, table tennis and weightlifting appealed to UK Sport to review the decision on how much they had been awarded.

UK Sport says it must prioritise sports with the strongest medal potential for Tokyo and the appeal process is essentially a second opportunity for officials to demonstrate why they deserve funding.

A total of £345m will be invested in 31 Olympic and Paralympic sports – £2m less than the record £347m allocated for the Rio Games.

Britain enjoyed unprecedented success at Rio 2016, with the Olympics yielding 67 medals and the Paralympics 147.

How much does each sport get?