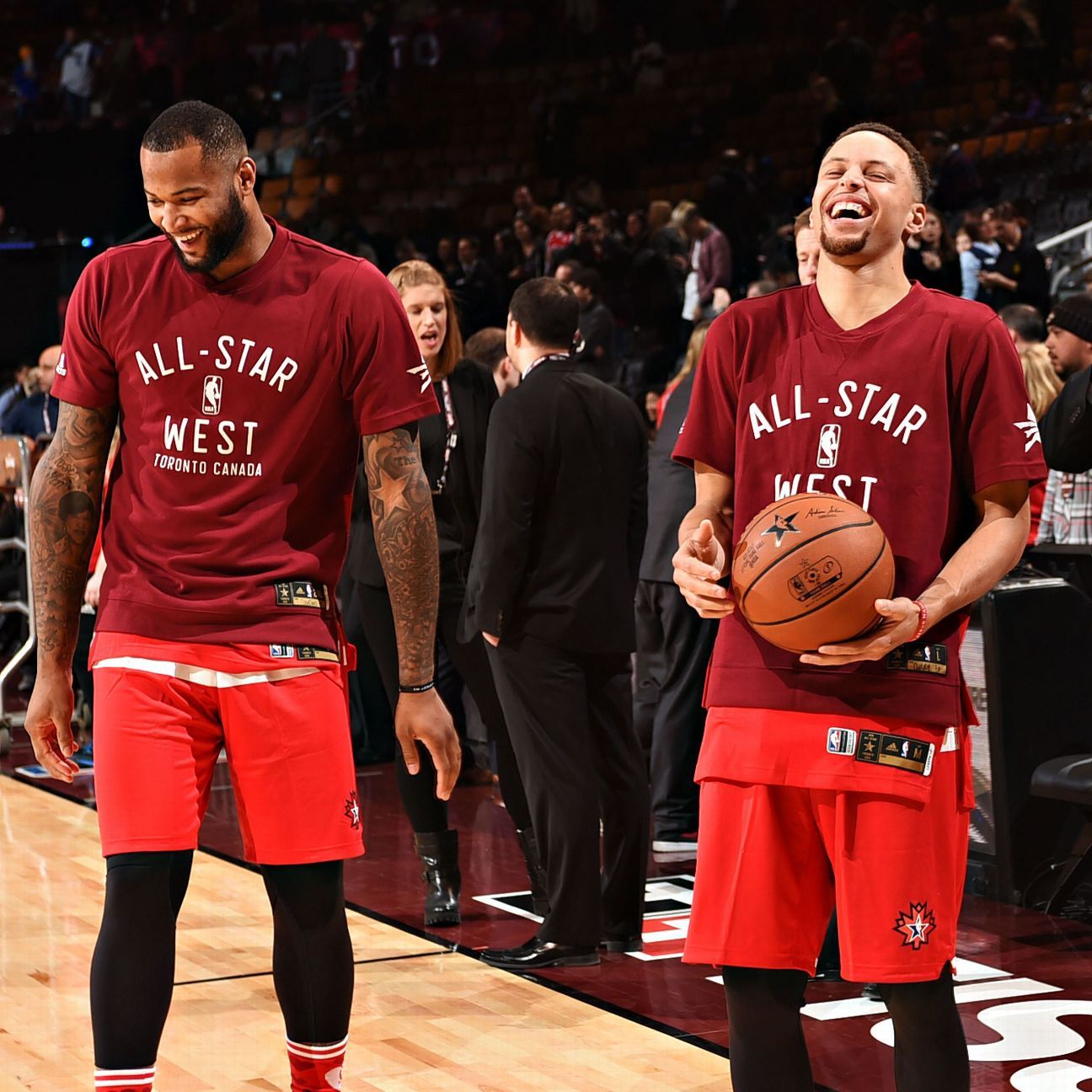 Now that the Los Angeles Lakers have landed LeBron James, how aggressively should they pursue a Kawhi Leonard trade? Our NBA Insiders discuss their options now and where else the Spurs could turn for a possible Leonard deal.

Should the Lakers wait for next summer?

Kevin Pelton: With DeMarcus Cousins agreeing to sign with the Golden State Warriors, a trade for Kawhi is the Lakers’ best hope of adding another star player this summer. Yet they must weigh that option against the possibility of signing Leonard outright next summer — or another max free agent — while retaining their young talent and draft picks.

Much like we did with the Boston Celtics recently, let’s run through the Lakers’ options and what they should be thinking.

We’ll start here: What must the Lakers do to sign Kawhi next summer, Bobby?

Bobby Marks: The first approach is to stay conservative. After James agreed to come aboard, we saw Lakers management begin the process of agreeing to one-year contracts with Kentavious Caldwell-Pope, Lance Stephenson, JaVale McGee and Rajon Rondo. With all four players on expiring deals, L.A. is projected to have $23 million in room in 2019, roughly $10 million below the max contract of a player such as Kawhi Leonard. Trading or stretching the $18.8 million owed to Luol Deng next offseason would get the Lakers to a full max salary slot.

Kevin, as Paul George taught us, waiting until free agency to sign a player is not always the best option, even if it means losing valuable assets in a trade. Should the Lakers take that approach with Leonard? Remember, they could sign him outright next year.

Pelton: I wouldn’t bid much. Yes, the George scenario is a possibility, but so too is what the Lakers experienced with Dwight Howard: trading for an impending free agent who unexpectedly walks away because of a bad experience. To maximize his next contract, Leonard has to become a free agent whether he’s in L.A. or not, so that risk exists too.

The other argument against trading the kind of mammoth package San Antonio surely seeks for Leonard is that he isn’t the only star free agent the Lakers could sign in the summer of 2019. Jimmy Butler, Kyrie Irving, Klay Thompson and Kemba Walker will all be unrestricted free agents, barring extensions signed this summer, and the odds of the Lakers getting one of them — if they have the cap space and want one — seem good to me.

The Lakers are really giving up the players and picks they trade plus the potential of an alternative free agent to trade for Leonard now, and that deal wouldn’t be worth it for me unless the Spurs’ price came way, way down.

Marks: Not trading for Leonard checks the boxes in so many scenarios. For starters, even if the Lakers wanted to strike now, making the money work presents problems. L.A. will be $5.6 million below the cap after James, Caldwell-Pope and Rondo are officially signed, and the team will need to clear $14.5 million in space to get a deal done. Once Stephenson and McGee are signed, the Lakers go over the cap and will need to get close to $16 million in outgoing contracts in a Leonard trade.

Currently, the Lakers have only $36 million in player contracts available to use in a trade, including the $18.1 million Deng salary. Any superstar trade this offseason would likely jettison all their young players, including Brandon Ingram, Kyle Kuzma, Lonzo Ball and Josh Hart. Making a move during the season could make sense with the players signed to one-year contracts, but remember that Caldwell-Pope has veto power on any trade because of the one-year Bird restriction.

I agree with you on the free-agency class of 2019. The presence of James should be a good enough sales pitch to lure Leonard, Butler or possibly James’ old teammate Kyrie. Also, don’t forget that James committed to the Lakers for at least three years, and there is no need for them to cash in their assets right now.

What about Boston or Philly?

Marks: If the Lakers take the patient approach (as they should), where should the Spurs turn their attention in finding a new home for Leonard?

Pelton: So far, it seems like the Celtics’ approach has mirrored what we expected in our dialogue — a reluctance to include their best young players for a possible rental. I guess that pushes me to the Philadelphia 76ers, who also have an interesting combination of prospects, picks and veteran players who could be traded for Leonard.

Depending on how motivated the Sixers are to make a deal, the Spurs might have lost their best leverage for now. In that case, perhaps San Antonio waits until closer to the trade deadline, with the hope that the relationship with Leonard can be salvaged.

Marks: I think they are at the point of no return. I certainly understand the notion that Leonard is under contract and San Antonio can sit tight until the trade deadline to target the right package of players or draft picks. However, San Antonio needs to have some type of resolution, and the likelihood is that Leonard has played his last game for the franchise. One thing I learned while working in New Jersey/Brooklyn is that an expiring contract begins to become less valuable when you enter the season.

I think Philadelphia should steal the script out of Oklahoma City’s playbook and put together a package for Leonard now. As with OKC and Paul George last summer, the 76ers would have an entire year to in-house recruit him.

The East is wide-open with LeBron in Los Angeles. Would it make sense for Philadelphia to put together a serious offer, even if it costs former No. 1 overall pick Markelle Fultz?

Pelton: That’s a tough call. The Sixers probably have a better idea than we do of what kind of results Fultz’s work on his shot with trainer Drew Hanlan has yielded so far this offseason. If Fultz can get back to the kind of shooter he was before suffering a case of the yips after a shoulder injury last summer, my answer would be no. His potential in that case is too valuable. After all, there’s a reason Philadelphia traded up to get Fultz with the No. 1 pick.

If the 76ers are still concerned about Fultz’s shooting, that might change the answer. Although Fultz can still be a capable player even if he’s a poor outside shooter going forward, he becomes much more difficult to fit with non-shooter Ben Simmons, which makes him less valuable to Philadelphia than other teams. If the Sixers are skeptical, I would take the chance on Leonard. How about you?

Marks: That is a no for me. I am not ready to give up on Fultz, despite a rookie season that many would like to forget. And even for an All-NBA-level player in Leonard, it would be hard for me to trade Robert Covington and Dario Saric (without Fultz in the deal), given Kawhi’s injury concerns and expiring contract. Saric, Covington and Miami’s 2021 first-round pick might be the best offer the Spurs will receive.

(Editor’s note: After publishing, Philadelphia traded for forward Wilson Chandler, eating into most of its cap space).

Marks: Kevin, if Fultz is a deal-breaker for Philly, it seems like we are running out of potential trade partners. Is there an under-the-radar team that makes sense?

Pelton: The Clippers might be able to hit the sweet spot of comfort, with the possibility of re-signing Leonard combined with the willingness to give up more to get him than the Celtics and Sixers, whose futures are otherwise more promising. I’m just not sure what that package would look like now that the Clippers don’t have this year’s two lottery picks to include. Those picks become less attractive to the Spurs (and harder to part with for the Clippers) as soon as they turn into actual players. Anyone else spring to mind for you?

Marks: You are right regarding the Clippers. If the draft had been this week, L.A. certainly would have been in a favorable position to make a deal.

I know this might sound like a roll of the dice, but if I’m the Raptors, I would pick up the phone and tell Spurs GM R.C. Buford that he can choose a package featuring DeMar DeRozan. Yes, I get that you’d be giving up three years of DeRozan for Leonard’s expiring contract. But let’s face it: Toronto is third in the East pecking order behind Boston and Philadelphia. With LeBron out West, I would take a chance on Leonard if he looks healthy. Add Danny Green’s $10 million contract to Leonard, and a deal for DeRozan works.

I just think we’ve come to the realization that Leonard’s expiring contract has sliced his value in half.

Pelton: Does that mean we think the Spurs are going to try to make it work with Kawhi and consider a trade at the deadline?

Marks: It depends. Do the Spurs believe that a better deal will arise when the season starts and a team such as Philly thinks it’s only one piece away from reaching the NBA Finals?

If they do, that might make waiting seem more appealing. The first day of team meetings and training camp in San Antonio should be interesting. 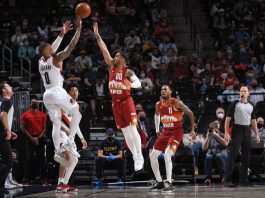 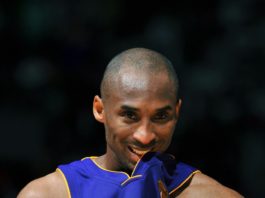 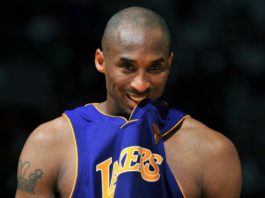 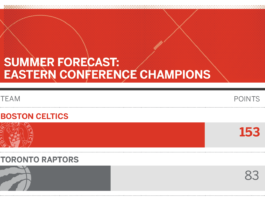 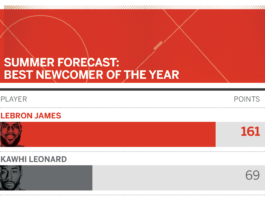 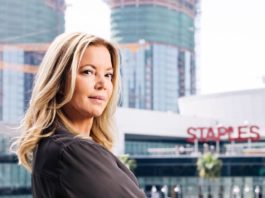 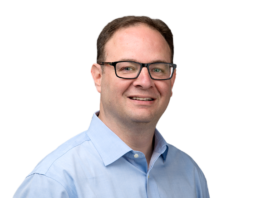