Welsh Open 2017: Ronnie O’Sullivan knocked out by Mark Davis in second round 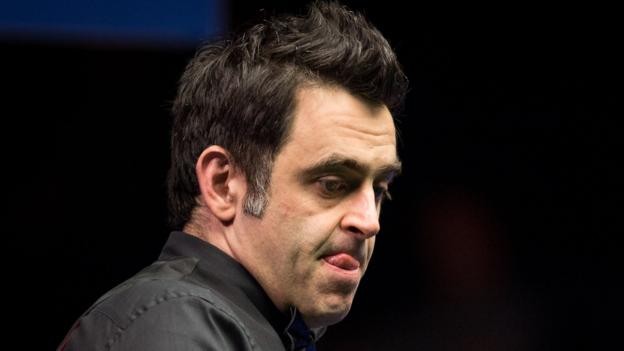 Defending champion Ronnie O’Sullivan blew a 3-0 lead to lose to Mark Davis in the Welsh Open second round.

World number 31 Davis looked to be heading out as O’Sullivan established a commanding lead in the best-of-seven contest.

Davis took the next four frames to complete a remarkable comeback on a day of shocks at the tournament.

Lee Walker pulled off a surprise as he came from 3-1 down to beat world number seven Neil Robertson 4-3.

Former world champion and 2016 finalist Robertson made 143 – the highest break of the tournament – on the way to a two-frame lead before Walker came back.

The Welshman, ranked 94, won the next three straight frames to seal victory.

It is the teenage amateur’s second win in the tournament after beating Jason Weston 4-3 in round one.

World Grand Prix finalist Ryan Day was knocked out by Thailand’s Thepchaiya Un-Nooh, who reached the third round of the tournament for the first time.