‘We had to escape’: Growing number of Somalis face possible deportation over false documents, advocates say 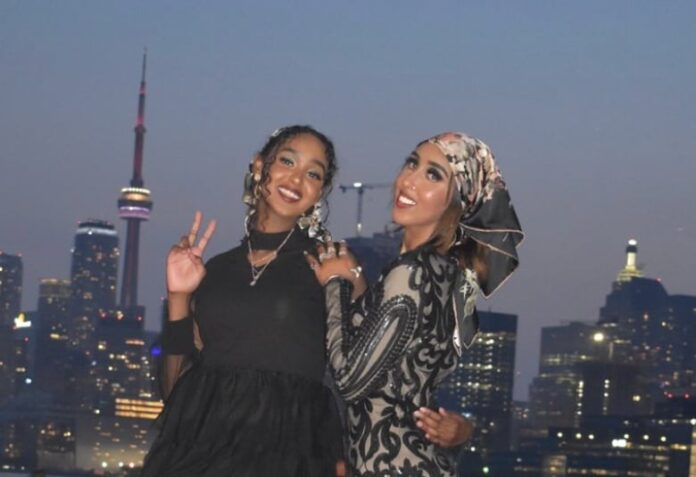 Kaif Ali is only 23, but she’s spent the last five years putting her life back together — starting with escaping war in Somalia, to putting her faith in a smuggler to find safety, to landing in Canada and learning English, studying nursing and becoming a front-line health-care worker.

That’s because the Canadian government now claims Ali is not, in fact, Somali. And she’s not alone.

Ali, a Toronto resident, told CBC News she escaped Somalia with her younger sister after her father and older sister were targeted and killed. The two paid a smuggler, who arranged for them to flee with fake Kenyan passports. It’s a choice she says she was forced to make in order to get to safety.

“Nobody just wakes up one day and they’re like, ‘Oh, I’m running away from the country,'” Ali said. “We’re escaping in a short period of time. Something happens and, within a month or two months, you’re in hiding.”

“You don’t have that leisure time to be able to prepare for that identity document… I would have lost my life and my sister’s life if I had stayed there any longer,” she said. “We had to escape.”

Now, Ali is one of a growing number of Somalis who, advocates say, have had their refugee claims invalidated by the federal government because of those fraudulent documents.

The Canada Border Services Agency (CBSA) says 157 people have been served with “vacate hearings” since 2019 — a move to void their protections as a refugee claimants from Somalia. Ali and others believe the actual number is in the hundreds.

Canada says Ali is Kenyan, that her refugee claim is therefore false and that she could be deported unless she successfully appeals. Ali says she and many others over the years openly told immigration officials when they arrived that their documents were false.

Her last hope to stay here rests on an appeal on humanitarian and compassionate grounds.

In 1991, Somalia’s government collapsed with the outbreak of civil war and it has been widely considered a failed state since. Canada is one of a number of countries that does not consider Somali passports valid for the “purpose of traveling to Canada.” The same is true of the U.K. and Germany, meaning those who try to find safety are often forced to falsify their documents. Many who have escaped the war over the past three decades haven’t had so much as a birth certificate, Ali says.

How is a person to travel when their government has completely collapsed?— Paul Dineen, immigration lawyer

For many that means, as difficult as it’s been to survive the war, escaping it can be even harder.

Toronto immigration lawyer Paul Dineen has taken on dozens of cases similar to Ali’s. During the three decades in which he’s been practising refugee law, he’d only ever seen two or three “vacate” cases.

Until then, Dineen says there seemed to be a recognition that refugees from Somalia had to rely on fraudulent documents.

“One could point and say, ‘Well, they’ve used a false document. That is wrong,'” Dineen said. “But how is a person to travel when their government has completely collapsed and they’re trying to find refuge somewhere?”

The Immigration and Refugee Board of Canada acknowledges in its refugee application that some will come with false documents. Its application form asks claimants to include “documents that you got in an irregular or illegal way or by giving information that is not true, and documents you used that do not really belong to you.”

Dineen suspects the apparent spike in cases is the result of the CBSA using artificial intelligence tools to match photos of those arriving at Canadian airports to the photos in a given refugee claim. When the photos of claimants are deemed to match those of actual Kenyans, their claims appear to be invalidated.

Previous reporting by CBC News has found primary inspection kiosks that read passports at some Canadian airports may have higher error rates when processing people with certain ethnic backgrounds.

Dineen worries photo matching is a faulty process, pointing out numerous studies have noted facial recognition algorithms can be less accurate when dealing with dark-skinned people than with light-skinned.

Asked about the apparent spike in vacate cases, the CBSA said in a statement to CBC News it “cannot speculate or speak to trends.”

The agency did say it uses facial recognition technology to help identify travellers coming through its kiosks at certain airports and is “committed to ensuring that individuals’ privacy is protected and that technology is free from bias.”

It also said it takes “many steps” to intercept those who use fraudulent documentation, but “does not disclose details of its intelligence and investigative techniques.”

‘They went through the unthinkable’

Marian Mohamud fled Somalia in late ’80s and says she was welcomed in Canada with open arms.

It’s that type of welcome — and the response that Canada has afforded to thousands of Ukrainians fleeing Russia’s invasion — that the Somali mother she wants for those now facing possible deportation.

Many have built lives here, are working in essential sectors, have even started families. Others, fearing the danger of returning home, she says, have attempted suicide.

“You need these people. They’re already here, they went through the unthinkable to come here. How can you send them back?” Mohamud said. “Treat our kids the same way you treat the Ukrainians.”

Qalid Ali knows that feeling all too well.

After arrived in Canada six years ago, attended high school and college here, he too now faces the possibility of deportation.

With the prospect of being forced to return to danger, he says, many young Somalis in his position feel defeated.

“They don’t know when they are going to be deported… And because of that mindset, a lot of them have dropped out of school,” he said. “When you cannot envision a future, then it is very hard to work for one.”

“We want to be Canadian… we want to be able to enjoy the same peace and security that all Canadians enjoy in this country,” Qalid said.

“All we want is to be enough.”