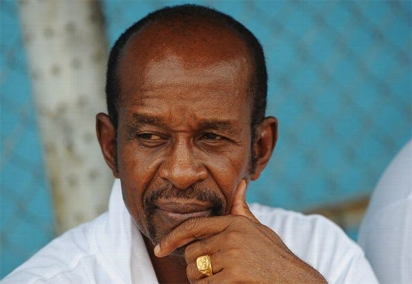 Inyama  disclosed this to newsmen in Umuahia on Tuesday while reacting to Emordi`s resignation.

He said that the club had accepted Emordi’s resignation but declined further comments on the issue.

The club announced Emordi’s resignation in a statement  issued on Monday.

The statement,  signed by the club’s Media Officer, Mr Igwe Onuoha, quoted Emordi as hinging his action on “a string of poor results” in his short stay with the Umuahia-based club.

According to Onuoha, “Emordi said he had to quit, following a string of poor results and wished the club well.”

He said that Emordi’s assistant, Coach Abdullahi Biffo, was adirected “to take over the with immediate effect.”

Emordi’s resignation came on the heels of the club’s 0-1 home defeat by visiting El-Kanemi Warriors FC in week 9 NPFL match played at the Umuahia Township Stadium on Sunday.

Emordi was harassed by irate fans of the club at the end of the encounter.

Efforts made to speak with Emordi on his reported resignation were unsuccessful as he could not pick calls.