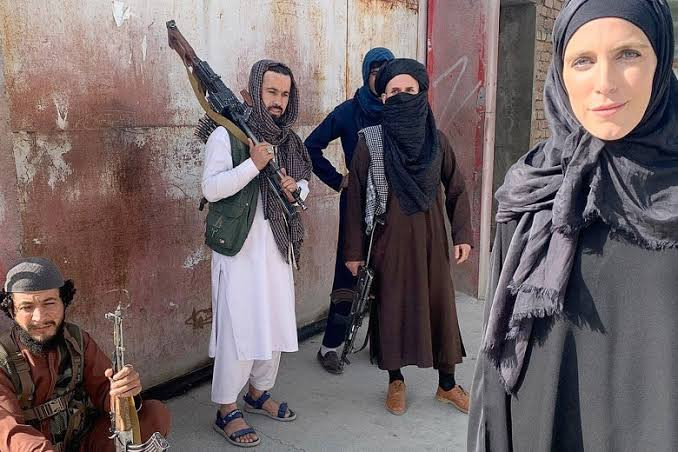 CNN has released footage showing its chief international correspondent, Clarissa Ward, and her crew being attacked by Taliban militants in Afghanistan.

Clarissa reported that Taliban militants were prepared to “pistol whip” a field producer for the network before a fellow fighter intervened and prevented an attack.

Narrating the ordeal people pass through while trying to go to the Kabul airport to leave the country, Ward said the Taliban were ready to pistol-whip her producer, with one telling her to cover her face before she talks to him.

“Two Taliban fighters just came up with their pistols, and they were ready to pistol-whip him, and we had to intervene and scream, and it was actually another Taliban fighter who came in said, ‘No, no, no, don’t do that. They’re journalists,” Ms. Ward reported from Kabul on Wednesday. 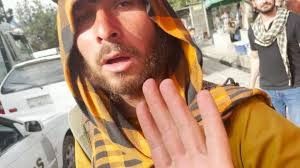 The rest of the CNN crew intervened with another Taliban fighter who told the others not to attack the reporters.

“I’ve covered all sorts of crazy situations – this was mayhem,” Ms. Ward said.

Describing the scene outside the Kabul airport, she said: “This was nuts. This is impossible for an ordinary civilian, even if they have their paperwork – no way they’re running that gauntlet, no way they’re going to be able to navigate that. It’s very dicey, it’s perilous, and it’s completely unpredictable, there’s no order, there’s no coherent system for processing people, separating those with papers from those who don’t have papers.”

“There was a consistent stream of gunfire,” Ms. Ward said earlier, describing the situation in the Afghan capital.

She added that her team was “accosted” by people asking for help to get out of the country.

Also Read: The Real Reason Kim Kardashian Was So Hurt Over Comparisons To Kate Middleton

“It’s so heartbreaking – everybody coming up to us with their papers, their passports, saying ‘please, I worked at Camp Pheonix, I worked at this camp, I was a translator, help me get in, help me get to America, help me get my SIV – my visa, to get out of the country. And then the Taliban would just come through, at one stage, this fighter just lifted his gun into the air as if he was about to start firing, so we had to run and take cover,” Ms. Ward recounted.

The Biden administration faces the daunting task of getting out tens of thousands of Americans and vulnerable Afghans still in the country before the official US withdrawal date of 31 August.

On Sunday, August 15, the Taliban declared the Islamic Emirates of Afghanistan after conquering the capital of Kabul.