One of the best parts of Lady Gaga and Taylor Kinney’s relationship was their support for one another — the one thing about Kinney that Gaga loved the most.

Back in 2016, following the pair’s engagement, Gaga gushed that her fiancé had a soft spot for her and her music. “He’s the first man that I have dated that, when I sing onstage, he cries,” Gaga said. “That means more to me than anything,” she continued, per People. But Gaga also returned the favor for her fiancé, explaining that the two bonded over their work, which was obvious because, during their romance, Gaga was spotted several times with one of Kinney’s cast mates on “Chicago Fire,” Monica Raymund, who seemed to become one of Gaga’s best friends.

In 2015, Gaga posted several now-deleted photos on Instagram of her and Raymund, per the Daily Mail. In one, Gaga is sporting her short, blonde, Marilyn Monroe-inspired hair, while Raymund is seen looking off to the side with her hair swept back. “Actress sh**,” Gaga captioned the photo, “More premiere night antics. I love her miss Monica Raymund.” In another deleted post, Gaga posted the two “smizing” at the camera in seemingly yin and yang inspired outfits, with Gaga dressed in all white and Raymund in all black. Gaga captioned the post, “Chaos angel conversation with Monica Raymund.” 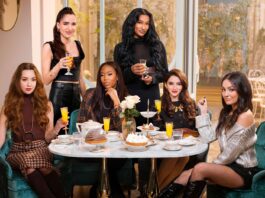