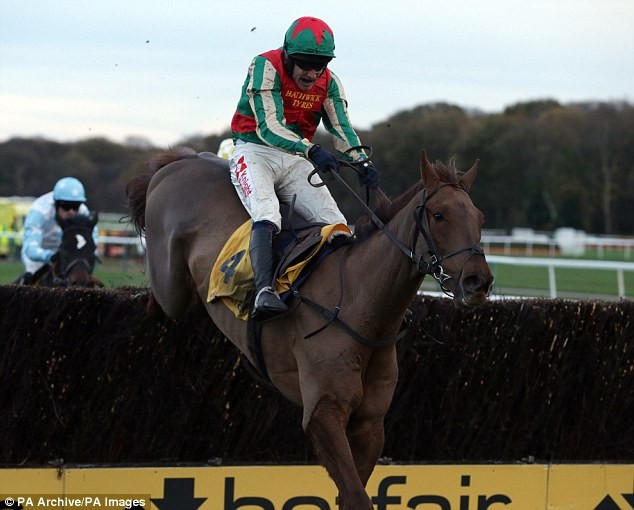 Vieux Lion Rouge boosted his Aintree credentials with victory over Blaklion in the Grand National Trial Handicap Chase at Haydock.

The eight-year-old was seventh in last year’s Grand National.

Cue Card continued on his way towards the Gold Cup at Ascot with his ninth Grade One triumph in the Ascot Chase.

Vieux Lion Rouge is the new favourite for the Grand National after success over fellow big-race hopeful Blaklion.

The win means that Tom Scudamore is now due to ride the favourite for both the Aintree feature and for jump racing’s number one prize, the Cheltenham Gold Cup, in which he rides Thistlecrack on 17 March.

Blaklion also advertised his National credentials as – for the first time in 20-odd years – ground conditions were decent (good to soft) for this fixture, so it was not the usual gut-wrenching slog.

The best two horses, both of whom have attractive weights in the 10 stones at Aintree, excelled, showing off their jumping ability and stamina in style. They will be big players on 8 April.