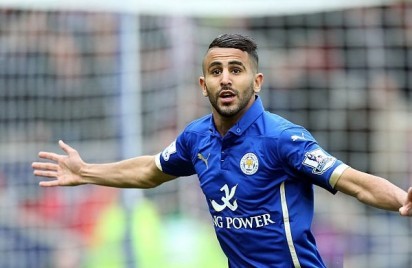 The Premier League champions have lost their last five matches without scoring a goal, and now lie 17th in the table, just one point clear of the relegation zone.

Vardy and Slimani are the Foxes’ joint top scorers with five goals this season, while Mahrez, who netted 17 times in Leicester’s title-winning season last year, has been on target just three times in 23 matches this term.

Ranieri says he’s considering bringing in a dedicated forwards coach to help rebuild confidence, after watching his team go over 10 hours in the Premier League without a goal, since a 1-0 win New Year’s Eve victory over West Ham at the King Power Stadium.

“We have to find a solution,” he said.

“Maybe some people are scared. It’s important the players reset everything and we restart in a positive way.

“We want to show them the best solution to pass the ball, but you can only do that when you’re relaxed and full of confidence.

“In training everything is right — the players make the right movement to score. But it’s one thing to do it in training and another in a match.”