Uefa to launch study into link between playing football and dementia 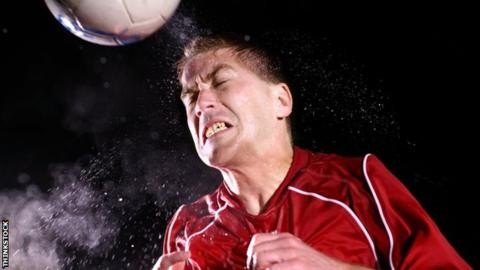 Uefa has commissioned a research project that will examine the links between dementia and playing football.

Tentative research published earlier this week suggested repeated headers during a player’s career may be linked to long-term brain damage.

The research examined the brains of six players renowned for heading the ball – all of whom later developed dementia.

The Football Association has said it will look at the area more closely, but is yet to announce its own study.

European football’s governing body Uefa says the project, which will begin on Friday, “aims to help establish the risk posed to young players during matches and training sessions”.

One Premier League club will be involved in the study.