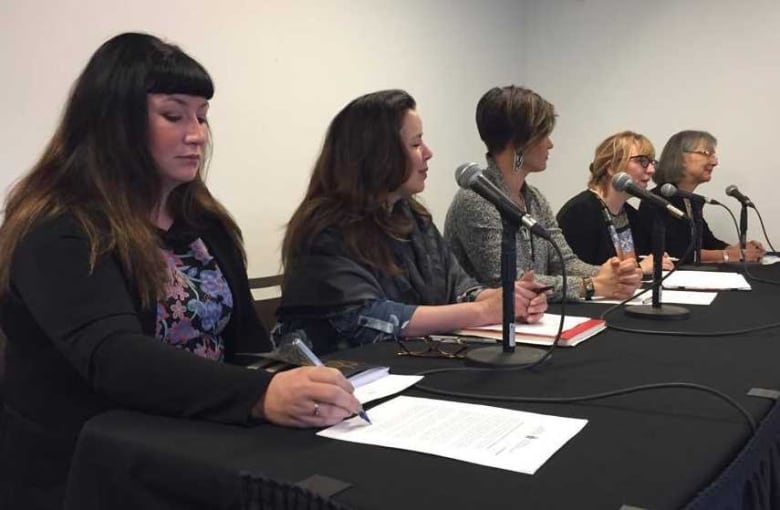 The Law Society of B.C. agreed to Stephen Bronstein’s suggestion of a one-month suspension and a $4,000 fine last month in exchange for the Vancouver lawyer’s admission to professional misconduct.

Bronstein admitted that he failed to adequately investigate complaints against Ivon Johnny, an ex-convict the lawyer hired to assist and make contact with clients from the Tŝilhqot’in First Nation.

Tŝilhqot’in Nation chair Nits’ilʔin (Chief) Joe Alphonse says the penalty has caused an “outcry”, with many questioning the law society’s decision-making process and its commitment to helping the most vulnerable in society.

“This outcome makes a mockery of justice,” Alphonse said in a written statement.

“It took a lot of courage for witnesses to come forward, and this is what they have to show for it — nothing. Bronstein basically got off with no repercussion. Once again the system has let us down.”

Even the two members who signed off on the majority opinion said the ruling might otherwise be seen as “unduly lenient.”

The dissent was written by the first Indigenous woman to sit as one of the 25 “benchers” who oversee the law society’s code of conduct.

Karen Snowshoe said the penalty was “grossly inadequate” for behaviour she termed “egregious.”

He represented Johnny, a residential school survivor himself, through an earlier process set up to resolve claims. Johnny had been released on day parole in 2005, 20 years after being sent to prison for first-degree murder.

Bronstein hired Johnny as a “form filler” to assist claimants with their applications, witness signatures and make contact with clients in the Williams Lake area.

Between 2009 and 2012, Bronstein’s firm received a number of complaints about Johnny’s behaviour.

A court worker claimed he had been demanding money from clients. One woman called to say her brother had paid Johnny $20,000. Another caller — who was not one of Bronstein’s clients — claimed Johnny was “evil” and “ripping a lot of people off.”

Bronstein spoke to Johnny about the allegations, but Johnny denied taking any money.

‘No idea’ what the community thought

In her decision, she noted that Bronstein did not contact the chiefs of the Tŝilhqot’in First Nations to ask about Johnny’s reputation before hiring him,

“Bronstein conceded that prior to Mr. Johnny’s start, he had no idea whether people in the community ‘were afraid of him, [or] whether they thought he was a respected elder,'” Brown wrote.

According to Brown’s decision, Bronstein paid Johnny approximately $180,000 between 2008 and 2012, when his parole was revoked.

The Law Society’s investigators travelled to Tŝilhqot’in territory to investigate the allegations against Bronstein and obtained 80 affidavits from various community members and participants in the residential school settlement process.

Counsel for the regulator also met with members of the Tŝilhqot’in National Government before issuing the decision.

But according to the ruling, “there appeared to be no interest in the Tŝilhqot’in community in undertaking a further restorative process in this matter, or in holding a hearing in the Williams Lake area.”

Bronstein’s former clients also had no interest in testifying at a contested hearing.

In her dissent, Snowshoe wrote it wasn’t surprising they didn’t want to testify; she said the law society’s adversarial process creates barriers for vulnerable and marginalized people. She also said the victims couldn’t be sure whether Johnny was in or out of prison.

She recommended measures to make the society’s hearings less traumatic for vulnerable witnesses, including testimony by closed circuit television or behind a screen, the admission of victim impact statements and ending cross-examination that’s seen as abusive, inappropriate or repetitive.

Parole documents obtained by CBC show that Johnny, now 71, was granted day parole in 2018. He has been accepted into an Indigenous community residential facility and is earning money by selling works he makes as a carver.

He called the allegations against him “false” and claimed to have been illegally detained from 2012 to 2018.

The parole board extended Johnny’s day parole in a decision this April that recognized the impact of Canada’s residential school system on his own life.

“At residential school you experienced mental, physical and sexual abuse,” the decision says.

“The board is aware of the impacts of residential school on its survivors and the negative and lifelong impacts of inter-generational trauma. The board finds there are direct linkages between your family and social history and your substance abuse, violence and involvement in the criminal justice system.”

The law society’s decision on Bronstein was released on the same day the Tk’emlúps te Secwépemc First Nation revealed the discovery of a burial site adjacent to the former Kamloops Indian Residential School that preliminary findings suggest contain more than 200 children.

In his statement, Alphonse said the law society’s decision heaps further trauma on those least equipped to withstand it.

“The failure to appropriately condemn this misconduct is yet another injustice and stain on the handling of the victims and survivors of residential schools,” he said.

“Our people have been through enough without having to contend with further ignorance and failure of the Canadian legal system.”