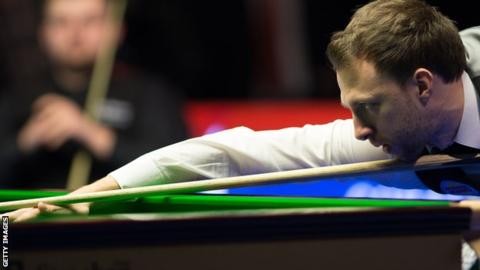 World number four Judd Trump edged past Barry Hawkins to reach the semi-finals of the Welsh Open in Cardiff.

Trump beat his fellow Englishman 5-4 and goes on to face Scotland’s 77th-ranked Scott Donaldson, who beat Zhou Yuelong of China 5-0.

Hawkins had fought back from 3-1 down to lead 4-3, before Trump clinched the last two frames for victory.

Hawkins, leading by 24 points in the deciding frame, missed match-ball yellow to secure a semi-final spot.

Trump continues the hunt for his first Welsh Open crown and second ranking title of the season having won the European Masters in October.

Speaking about his victory, Trump said: “I am still in a bit of shock because I thought it was all over when I left him the yellow. He seemed to hit it well, but somehow it stayed out.

“Sometimes you play well and lose and today I didn’t play very well and managed to get through. There is a lot of skill in snooker, but you need a bit of luck to win tournaments.”

‘I played my game and luckily I won’

Scottish youngster Donaldson, 22, who will play Trump in Saturday afternoon’s semi-final, had never previously been beyond the last 16 of a ranking event.

“Zhou didn’t play his game – when he plays well he is a lot tougher than that. I played my game and luckily I won.” said the Scot, who turned pro in 2012.

“I have been playing a lot of TV matches recently and I think that helped me in the end.

“There is no reason I’ve played better this week. That is snooker, sometimes you win, sometimes you lose and this week has been a good week for me, so long may it continue.

“I will go back to the hotel and calm myself down again and get ready for the next match. I have been pleased for about a year now with my game, I can’t pinpoint why, maybe it’s confidence.”