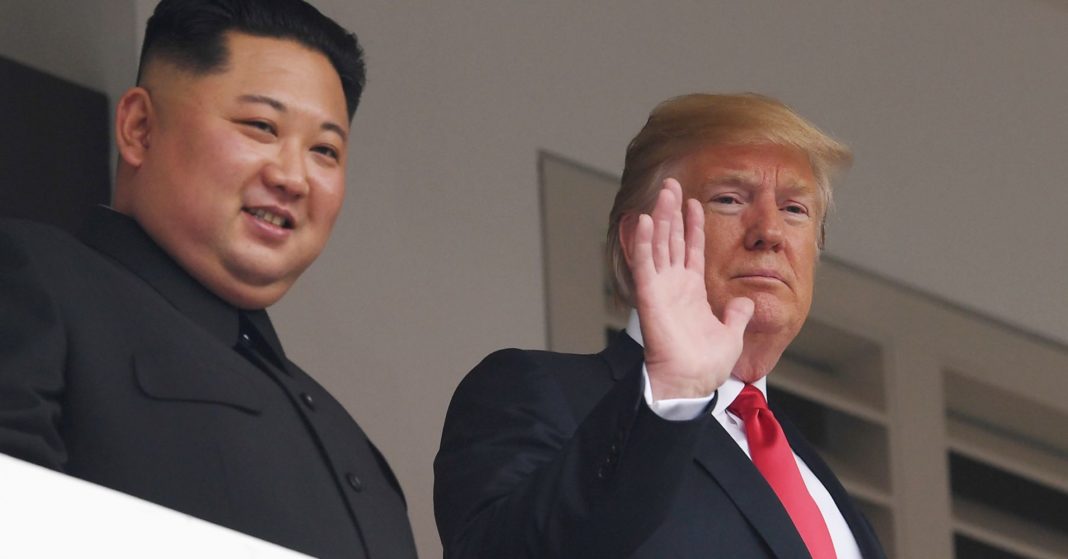 The top U.S. military commander on the Korean peninsula said Saturday that the material needed for North Korea to make nuclear bombs is still intact, even after an historic summit in Singapore aimed at denuclearizing Pyongyang.

North Korea’s nuclear “production capability is still intact,” Army Gen. Vincent Brooks, the commander of U.S. forces in South Korea, told the Aspen Security Forum via teleconference. “We haven’t seen a complete shutdown of production yet. We have not seen a removal of fuel rods.”

Brooks comments come a little more than a month after North Korean leader Kim Jong Un sat down for the first time with U.S. President Donald Trump to discuss denuclearization. They also echoed a Washington Post report on Sunday, which detailed Trump’s private frustrations with the lack of progress between Washington and Pyongyang since the Singapore meeting.

“There has to be demonstrable action in that direction, or we cannot be satisfied and we probably can’t be friends and we probably won’t be at peace,” Brooks said, speaking about the North’s path to give up its nuclear weapons.

“Thus far, those steps have not been taken,” Brooks added.

Brooks noted that it was important to not “overreact to things like that” while diplomats work to resolve tensions, and build trust between Washington and Pyongyang.

“Building that trust while that pressure continues and while the efforts for diplomacy continue is the order of the day. In many ways the lack of trust is the enemy we now have to defeat,” Brooks said. “That’s really where we are right now,” he added.

The BBC and Post’s reporting appeared to counter sentiments expressed by Trump, who tweeted after the unprecedented June 12 summit with Kim that “there is no longer a nuclear threat from North Korea.”

Meanwhile, under Kim, the reclusive state has conducted its most powerful nuclear test, launched its first-ever intercontinental ballistic missile, and threatened to send missiles into the waters near Guam.

Since 2011, North Korea has fired more than 85 missiles and four nuclear weapons tests — which is more than what his father, Kim Jong Il, and grandfather, Kim Il Sung, launched over a period of 27 years.

What’s more, North Korea is the only nation to have tested nuclear weapons this century.