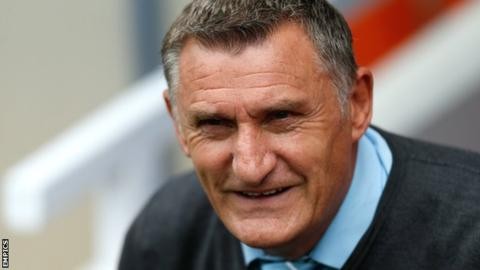 The 53-year-old was last in charge of League One side Coventry and has previously been boss of Middlesbrough, Celtic, West Brom and Hibernian.

He takes over a Rovers side 23rd in the table, three points from safety with 15 games remaining this season.

Mowbray’s first match in charge will be at Burton Albion on Friday.

David Lowe, 51, will move up from his position with the academy to become assistant manager, while ex-Blackburn midfielder David Dunn, 37, has been made first team coach.

Mowbray, who has signed an 18-month deal, is the seventh permanent manager appointed by Rovers since the takeover of the club by Venky’s in November 2010.

“In terms of bringing in an experienced man at the top, Tony Mowbray’s CV is the most extensive of the seven appointments made in just over six years by Rovers’ Indian owners.

“He’s joining a club that is going through arguably the most turbulent period in its history. It could be said that he had similar issues at Middlesbrough as a player in 1986 and more recently as manager of Coventry City.

“He inherits a squad that will be without a number of players, in the short term through injury and suspension but his remit is very simple – Blackburn Rovers must avoid relegation to League One at all cost.”