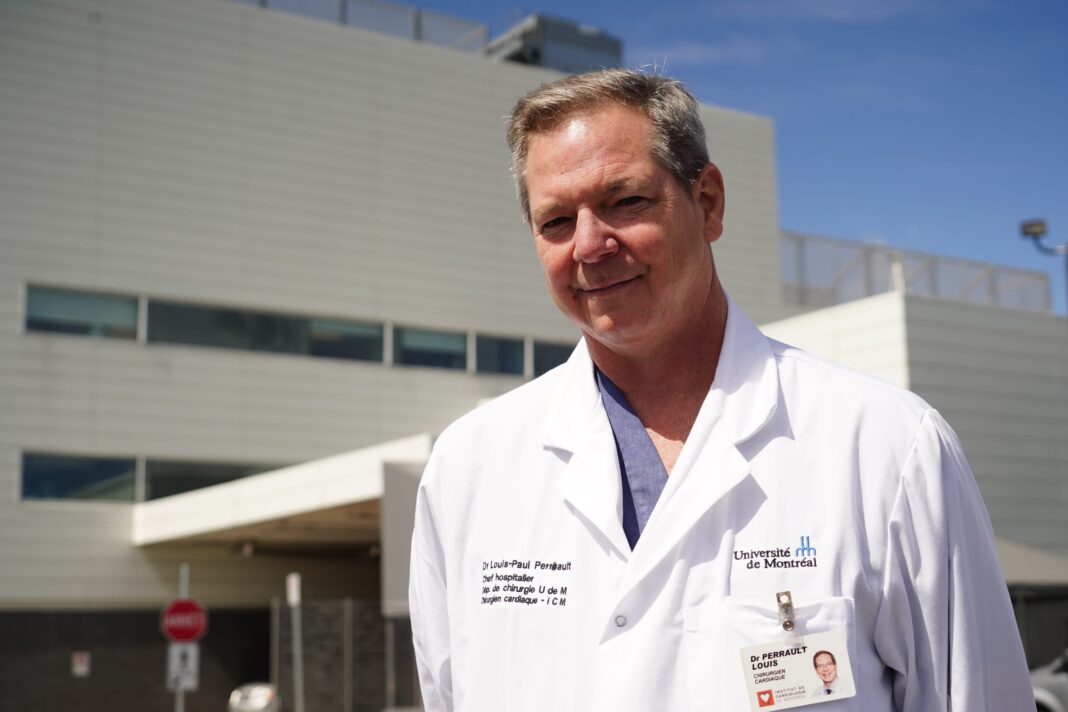 Since the start of the pandemic two years ago, said Dr. Louis P. Perrault, a veteran Montreal cardiac surgeon, the province’s beleaguered health-care system has been held together mostly through the sheer will of staff.

“But there’s a limit to the triumph of the human spirit to save the system,” said Perrault, president of Quebec’s Association of Cardiovascular and Thoracic Surgeons.

He’s watched staff work countless extra hours to keep the system going, but he said he doesn’t believe the situation is sustainable.

Chronic underfunding, insufficient beds and inadequate staffing have plagued the system for years, he said: COVID-19 simply made it more glaring.

“That’s a perfect storm to crash a system that was already broken,” said Perrault.

As the province lifts further restrictions Monday, Perrault and other health-care workers say that unless the system undergoes a major overhaul, the consequences will be disastrous.

Watch | The system was already broken, this cardiac surgeon says: 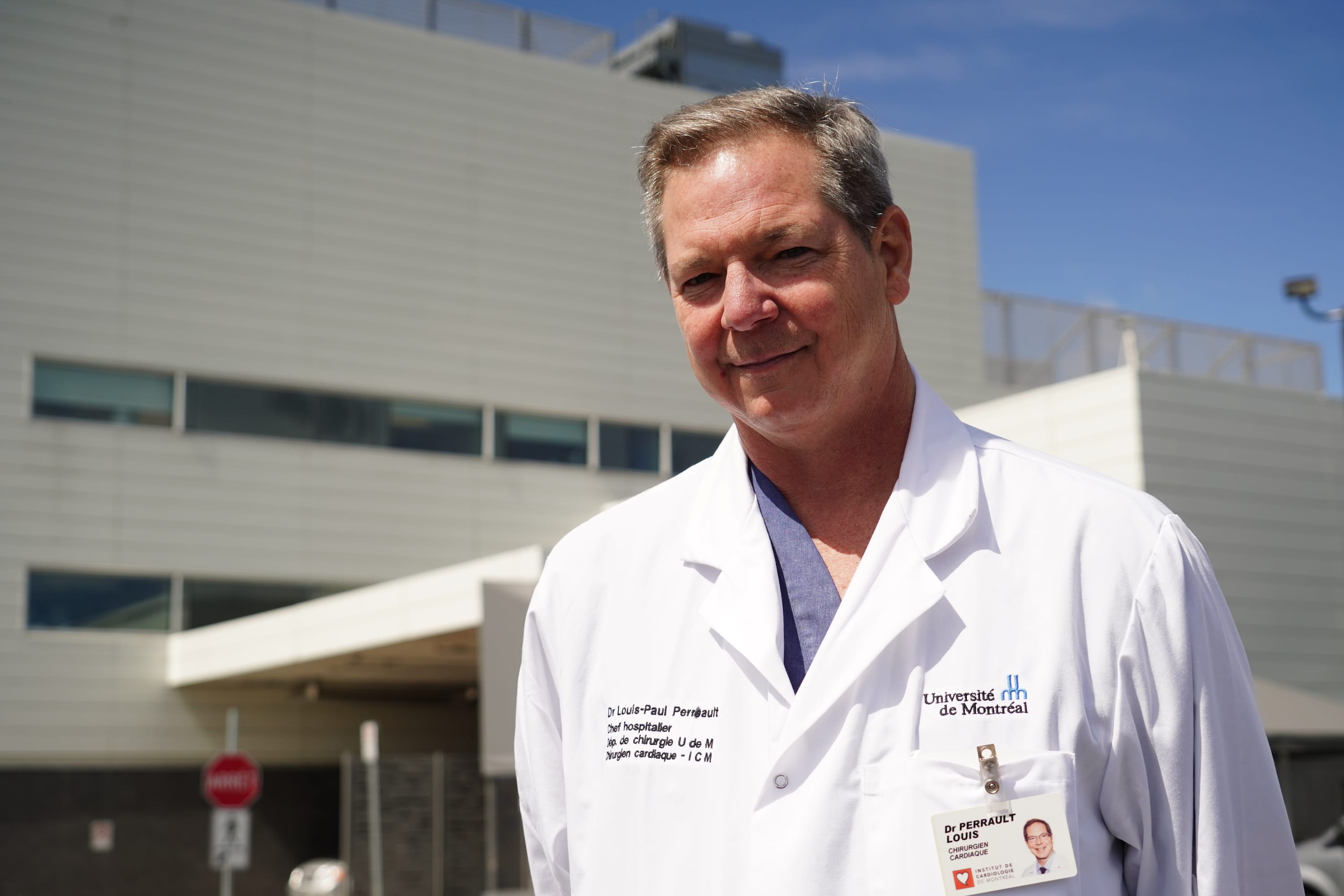 Dr. Louis P. Perrault, president of Quebec’s Association of Cardiovascular and Thoracic Surgeons, says that unless the system undergoes a major overhaul, the consequences will be disastrous. 2:24

Quebec — and Canada as a whole — has fewer hospital beds per capita than much of the developed world.

Japan and Korea have the highest ratio, with 13 and 12 beds per 1,000 inhabitants respectively, according to 2019 data from the Organization for Economic Co-operation and Development.

France, with six beds per 1,000 inhabitants, has more than double that of Canada, which has 2.5.

Prior to the pandemic, the province’s hospitals were designed to operate at maximum capacity to avoid wasting resources and staff, said Maude Laberge, a professor in health economics at Université Laval.

“Basically, we want to use our beds,” she said.

Denis Goulet, a Quebec historian specializing in health care and epidemics, said the decline in hospital capacity is the result of government reforms and cuts that began in the 1980s.

Long wait times and a lack of adequate frontline care have been problems for years prior to the pandemic, as successive governments have sought to “rationalize resources,” Goulet said.

The pandemic made the overreliance on hospital care even more untenable, with 20,000 hospital workers off sick at the height of the Omicron wave.

In Laberge’s view, it is critical to free up beds in hospitals for those who need them most. Doing that means creating more space in the province’s long-term care homes and improving home care.

On average, hospital patients waiting to be relocated to an alternate level of care occupy 15 per cent of beds.

Many of those are elderly patients waiting for a more comfortable place to live out the rest of their lives, while others could be released to go home if adequate home care was available.

“It’s not anything new. It was exacerbated because of this pandemic,” Laberge said.

As hospitals sought to make room for COVID patients over the past two years, the surgery backlog has ballooned.

As of Jan. 1, more than 156,000 people were waiting for an operation — nearly 20,000 of whom have waited more than a year, according to figures provided by the Health Ministry.

That’s up from 140,000 one year ago. If the current level of funding and resources continues, the impact could linger for years, and demand is only likely to increase as the population ages.

“There is no real manpower planning that is looking long term,” said Perrault, who has been a cardiac surgeon for 25 years.

At the Montreal Heart Institute where he works, Perrault has seen specialized staff leave the profession or move to the United States.

Recently, the institute lost three surgeons to the U.S. and a fourth to British Columbia, he said.

And it’s not just specialists being enticed away: two Quebec-trained perfusionists — the highly skilled technicians who run heart-and-lung machines during cardiac surgery — are moving to California, where operating rooms are better staffed, and their salaries will nearly double, he said.

Attracting and keeping health-care workers in every part of the system is key, said Perrault.

After COVID-19 ripped through Quebec’s CHSLDs, the province created a fast-track, intensive training program for orderlies to boost staffing. But Perrault said that is only one part of the puzzle.

“The weakest link will make the whole system fall apart,” he said. “You need a team.”

”A surgeon without the nurses and all the personnel — the anesthesiologists, etc. — could be operating with just a knife and fork. We are basically useless without the other members of the team.”

Thousands of health-care staff have taken leave or left the system during the pandemic.

Natalie Stake-Doucet, a registered nurse and president of the Quebec Nurses’ Association, said improved working conditions and complaints about mandatory overtime need to be addressed in order to prevent more from leaving.

“Once a nurse has quit, it’s very difficult to get her back, so we have to do everything in our power to keep the nurses that we have,” said Stake-Doucet.

“We need to give them a reason to stay. We need to show them that they are precious; they are valued.”

In addition to recognizing nurses as a lynchpin, Stake-Doucet said, the province needs to improve access to primary care.

Right now, the bulk of the funding is earmarked for hospitals, but an efficient health-care system means making sure people have ready access to a family doctor or nurse practitioner, which could help prevent bottlenecks in hospital emergency rooms, she said.

“If someone has a urinary tract infection, they shouldn’t be turning up in the ER because they can’t get into their family doctor,” said Stake-Doucet, who’d like to see more nurse-led clinics, which are popular in Ontario.

“If they can’t see a doctor quickly, they should have access to a nurse or pharmacist so they can get care in a timely manner.”

Perrault, for his part, believes the province has the expertise and data to find solutions.

He said the government should establish a permanent team or commission to address future workforce needs — a body that wouldn’t be dependent on which political party is in power.

There is no time to waste, he stressed. Now is the time to act.

“What I really hope is that they’re not going to blame COVID for the messed-up system for the next 10 years,” said Perrault.

“The broken system, it’s been broken for a long time.”