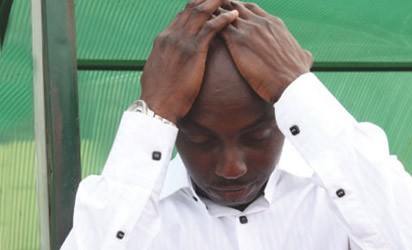 Former coach of the senior national team, Samson Siasia has lost out in his bid to be named coach of South African Premier Soccer League (PSL) side, Orlando Pirates.

Siasia applied for the job alongside other coaches but the club picked 54 year old Swede, Kjell Jonevret as their new manager, and he will be assisted by Harold Logendi.

The appointment of Jonevret brings to an end Siasia’s hopes of landing the job, but the coach who led Nigeria to a bronze medal finish at the Rio 2016 Olympics also lost out in his bid to handle the Rwanda national team. He was among the last eight which has been whittled down to three, without  Siasia.

A statement by the Rwanda Football Federation (FERWAFA) published names of the final three shortlisted from the list of eight who were interviewed for the men’s senior national team Head Coach position.

The statement published yesterday reads, “After the Skype interview held mid this week at FERWAFA headquarters, the candidates who made it to the final shortlist include; Antoine Hey (Germany), Jose Rui Lopes Aguas (Portugal) and Raoul Savoy (Switzerland).