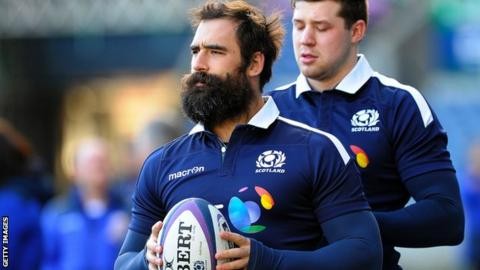 Scotland number eight Josh Strauss has been ruled out of the rest of the Six Nations campaign through injury.

It represents a second injury blow for the Scots after captain Greig Laidlaw was also ruled out of the remainder of the championship.

Strauss, 30, suffered a kidney injury during the 22-16 defeat by France.

Strauss will now return to Glasgow Warriors for further care and a review of the injury will be scheduled in approximately six weeks’ time.

“After completing the [French] match, he was scanned in Paris,” said Scottish Rugby. “Both the scan, and the player, were reviewed back in Scotland, where the full extent of the injury was confirmed.”

Laidlaw was replaced by Glasgow’s Ali Price in Paris. John Barclay, who took over as captain, also departed with a head knock before half-time, only for his replacement John Hardie to suffer the same fate early in the second half.