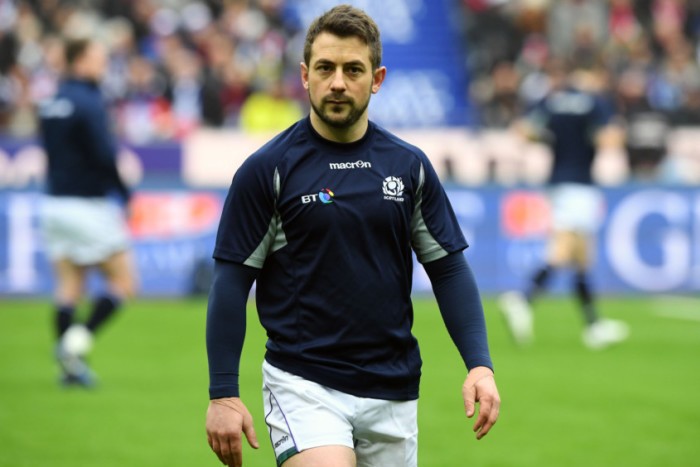 Scotland captain Greig Laidlaw has been ruled out for the rest of the Six Nations through injury.

Laidlaw, 31, suffered an ankle injury in the first half of the 22-16 defeat by France last weekend.

The Gloucester scrum-half left the Stade de France on crutches on Sunday and his injury was assessed following his return.

“The extent of the damage is such that he will take no further part in the current championship,” Scottish Rugby added in a statement.

“Laidlaw will see a specialist later in the week to determine the best course of management and estimated time out of the sport.”

‘The boys will be able to step up’

Laidlaw was replaced by Glasgow’s Ali Price in Paris. John Barclay, who took over as captain, also departed with a head knock before half-time, only for his replacement John Hardie to suffer the same fate early in the second half.

Scotland hooker Ross Ford believes the side will be able to “shoulder the burden” without their injured captain.

“Greig’s a massive part of the squad and he’s a great leader,” said Ford.

“But we’ve got a leadership group together that’s been there helping Greig out.

“Whatever does happen, the boys will be able to step up and take that role on and move forward.

“We do it as a group and Greig’s the focal point, but we’ve got a group of leaders there who can shoulder the burden and take it on.”

Speaking on Saturday before he knew the extent of his injury, Scotland head coach Vern Cotter said: “Greig has a big part to play as captain and half-back, but Ali played well when he came on and the guys behind adapted well.

“These things do happen and we had trained for it. John Barclay and John Hardie both had head injury assessments so we will have to wait and see how they come through the return-to-play protocols.”