Sanchez’s “mind made up” 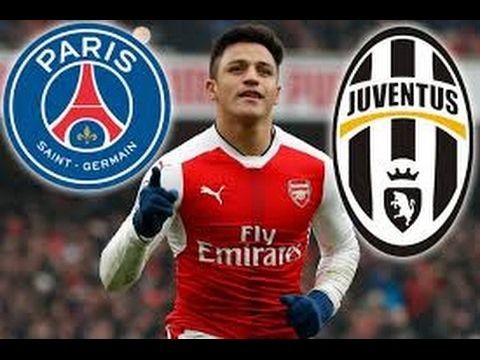 John Cross, Chief Mirror(UK) Football writer believes Alexis Sanchez’s “mind is made up” and that the Arsenal star will leave the north London side this summer.

The Chilean’s contract runs out at the end of the 2017/18 season and the Gunners are still yet to agree a new deal with the 28-year-old.

Sanchez has arguably established himself as Arsenal’s best player over the past two seasons and has relished in the central striker role this term.

The Gunners star has already netted 17 Premier League goals this campaign, eclipsing his totals from the past two seasons. If Sanchez were to leave, it would be a massive blow for Arsene Wenger and his men, and according to John Cross, it’s not looking good.

If Sanchez were to leave, it would be a massive blow for Arsene Wenger and his men, and according to John Cross, it’s not looking good.

“I think Sanchez will go,” said John Cross. “His mind’s made up. I think there’s a big clubs in for him – PSG, Juventus as well.” However, Cross does believe there’s positive news for Mesut Ozil. The German playmaker is in an similar contract situation to that of his teammate. John Cross added: “But I do think Ozil is much more likely to stay and sign a new deal than Sanchez.”