Home World News My romance with Jeff Akoh was for publicity, Bisola confesses 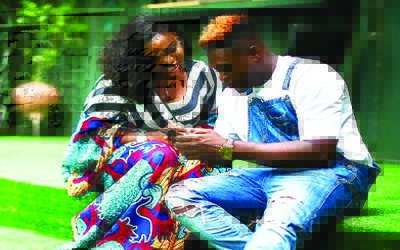 Barely 72 hours after she publicly professed that she was in a relationship with singer, Jeff Akoh, Big Brother Naija (BBN) star, has Bisola Aiyeola confessed that it was publicity.

Bisola posted a short video of Jeff Akoh singing and added the message; “Now that we have your attention.. Jeff’s album “Lokoja” drops worldwide this Friday the 27th of October. He is not my boyfriend o, (my eyes are still locked on Mr. Elba and if that fails I carry my load to MHQ to settle down with the Don) but he could be yours ladies! Boy is fine and has the most amazing vocals! Na play we dey play o! You know say #natheworkweywedeydo Go and preorder his album on all the digital platforms. For those who knew we were #uptosomething thank you for having faith I Love you. For those who have insulted us, make it up to us by buying/streaming/requesting his music when its out. You can also follow him @jeff_akoh. While you wait, keep enjoying Water & Fire, #Shokolokobangoshe & #Gbadun ft @teamsalut

The ‘Perfect Picture’ actress, in a viral post last Saturday via Instagram, wrote; “It’s official guys, Jeff Akoh and I are in love and in a strong, loving relationship. Your girl B is taken.”