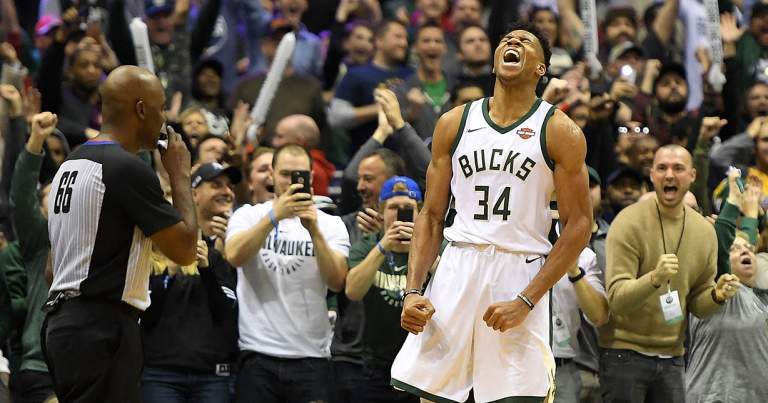 It is 2018 and the NBA season has started to ramp up towards the All-Star Weekend and the always fast-approaching end of the regular season. Here are five wishes that the NBA writing team in Africa have for the new year ahead.

I am very keen to see three players of African descent make it to the NBA All-Star Game in Los Angeles and with the vote count looking solid at present it looks possible. At the moment we have Nigerian-Greek star Giannis Antetokounmpo leading the way for all players in voting-getting. Joel Embiid is making his presence felt and Victor Oladipo is not far behind the other guards in the Eastern Conference. If there is a surge of votes from African NBA fans we could see this happen.

2. A healthy Embiid lead the Sixers to the Playoffs

Joel Embiid’s injury issues are well documented, but through some great management from the Philadelphia 76ers coaching staff he has played a lot more than he ever has. He will need to maintain his health and fitness in order to get the Sixers to the Playoffs, but it’s possible. I would love to see him pumped up in the post in games that matter more than in the regular season. The crowd in the City of Brotherly Love will get behind him and the team and it will be electrifying to watch.

3. A few more major stars in the NBA Africa Game

The 2017 NBA Africa Game was thrilling to see and the fans in Johannesburg who watched it live as well as those who watched it on Kwesé Sports got their money’s worth. Victor Oladipo and Emmanuel Mudiay showed up in a big way. I would love to see more big name players take part in the contest as well. We love seeing our favorite African players, but lets add some stardust to the occasion as well. Klay Thompson would be a start, and he’s indicated that he’s keen to play. A return to the game for Giannis Antetokounmpo wouldn’t hurt. Let’s holla at LeBron James, James Harden, Russell Westbrook, Kevin Durant and Stephen Curry as well. We have a continent worth of people who’d be clamoring for tickets with draw cards like those guys.

4. Different teams in the NBA Finals

I am a Golden State Warriors fan and love watching them play. I am a basketball fan before that and would love to see two teams other than the Warriors and Cleveland Cavaliers duke it out for the Larry O’Brien trophy. It’s not that long a shot if you think about it. The Warriors and Cavs are probably the best teams in the NBA, but teams like the Houston Rockets and San Antonio Spurs would give them a run for their money under the right circumstances. The same goes for the Cavaliers in the East, the Boston Celtics, Toronto Raptors and Washington Wizards are no pushovers. Give the people what they want!

Trade season in 2017 was INSANE. And it created hype and a buzz around the whole NBA. Fans wanted to see teams like the Celtics, Cavaliers, Minnesota Timberwolves, Houston Rockets and Oklahoma City Thunder in action after some major moves. When big-ticket players trade cities then fans of those teams start to feel hopeful again and we all dream bigger. There are a few names already being mentioned for shock moves so let’s hope these happen. It only helps make the sport more exciting for fans. Maybe even franchises that haven’t had much recent success can also start dreaming of championship again. I’m looking at you LA Lakers.