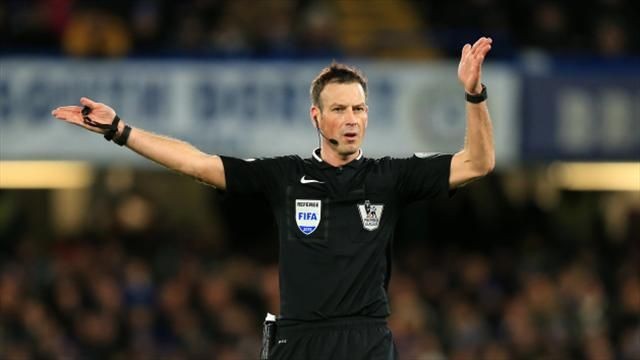 Mark Clattenburg is to quit his job as a Premier League referee to take up a position in Saudi Arabia.

The 41-year-old is widely considered to be one of the best referees in football, and he took charge of the Euro 2016 final, the Champions League final and the FA Cup final last season.

In December, Clattenburg said he would consider officiating in the Chinese Super League.

An official announcement is expected this afternoon.

He is expected to leave his role before the next round of Premier League fixtures which starts on 25 February.

Clattenburg took charge of his first Football League game as a 25-year-old in 2000. Four years later, he was promoted to the Premier League’s Select Group.

As is the case with many referees, he has been no stranger to controversy. But perhaps more unusually for a match official, public attention has often been drawn to his life off the pitch.

In 2008, Clattenburg was suspended following an investigation into allegations he owed £60,000 as a result of a failed business venture, and he later had his elite referee status revoked.

But at an appeal in February 2009, his punishment was reduced to an eight-month suspension, backdated to August 2008.

In October 2014, he was dropped from officiating for two breaches of protocol – speaking on the phone with then-Crystal Palace boss Neil Warnock, before leaving a ground alone to drive to an Ed Sheeran concert.

The referee body, Professional Game Match Officials Limited, says officials must travel to and from the ground together for integrity and security.

And last summer he got two tattoos to commemorate refereeing the Euro 2016 and Champions League finals, and the Guardian reported he had a car with the license plate: ‘C19TTS’.

In an interview with Associated Press in December, he said he did not understand why “people see [the tattoos] as a negative thing”, adding: “I’m proud of what I’ve done.”