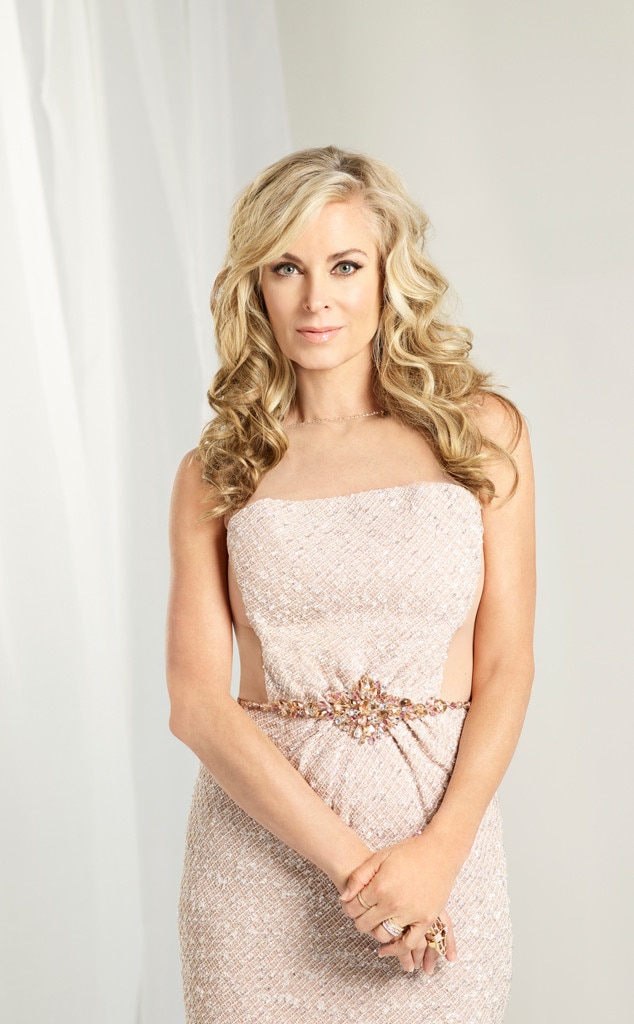 Another one bites the dust!

After three seasons on The Real Housewives of Beverly Hills, Eileen Davidson has announced that she will not be returning to the Bravo reality series for its upcoming eighth season. The reason she’s stepping away? Blame it on her day job.

“After a lot of careful thought, I’ve decided because of my crazy schedules at The Young and The Restless, as well as Days of Our Lives, it’s best for me and my family if I step away from being a Housewife for now,” she says in a statement obtained by E! News. “But you never know, I might be popping in from time to time just to see what the ladies are up to! Thanks for your love and support guys!!!”

Eileen broke the news to her fans on Twitter on Friday, writing, “TRUE! Bcuz of my crazy sched @ yr & days I must step away from hw 4 now. But I might b popping in 2 see what the chix r up 2 Thx 4 the <3.” In other words, you can probably expect to see her face at one of bestie Lisa Rinna’s events for a quick hello.

The soap star joined RHOBH in season five alongside Rinna, where she found herself facing down a wine toss to the face from Brandi Glanville, on the receiving end of an epic “You beast” taunt from Kim Richards, and in a seasons-long feud with Lisa Vanderpump over LVP’s prying into her romantic history.

Filming on season eight of RHOBH is currently under way with mainstays LVP, Rinna, Kyle Richards, Erika Girardi and newbie Dorit Kemsley expected to return, though no one had been confirmed by the network at press time.

Are you disappointed that Eileen won’t be back? Sound off in the comments below!

The Real Housewives of Beverly Hills will return later this year on Bravo.