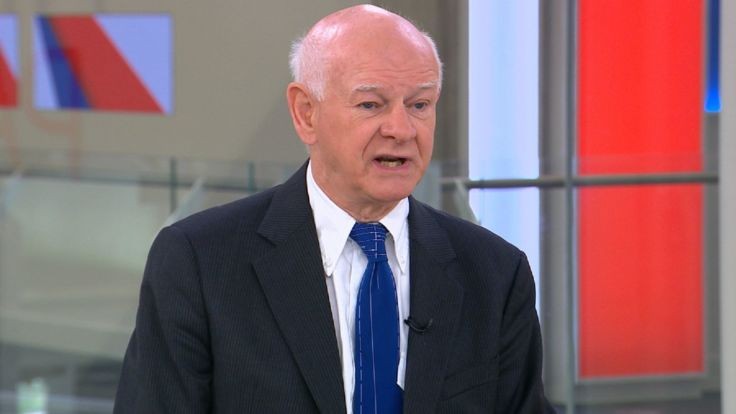 The Government has been told it has less than six months to strike a Brexit deal in order to prevent an exodus from the City of London.

RBS chairman Sir Howard Davies warned there is now a “very, very, very tight” time frame for ministers to agree the terms of a transitional Brexit agreement with the EU, if it hopes to stop major finance firms moving jobs abroad.

The senior banker, who was appointed chairman of Government-owned RBS in 2015, claimed businesses would only wait until March next year before triggering contingency plans to relocate away from the UK.

But Sir Howard suggested EU member states have “no incentive” to speed up talks over Theresa May’s hoped-for interim deal, as the longer they “drag this out” the more chance there is of jobs moving to other European finance centres such as Paris, Amsterdam or Frankfurt.

Speaking on Sky News’ Sunday with Niall Paterson programme, Sir Howard claimed the City of London would definitely suffer job losses as a result of Brexit.

“If we go in for Brexit we will find that jobs will leave the City and there will be a rebalancing of financial activity within Europe,” he said.

Sir Howard suggested there would be “quite considerable” damage to the City over time because US, Japanese and Chinese banks have “chosen to put the enormous lion’s share of activity in Europe based in London”.

“They’re now rebalancing and that’s going to happen whatever the outcome of the Brexit negotiations are,” he said.

But Sir Howard added RBS, which was prevented from collapsing by a taxpayer-funded bailout in 2008, would only see a “relatively small” number of jobs move to Amsterdam under its Brexit contingency plan.

The Prime Minister’s plans for a transitional deal with the EU hope to ensure certainty for UK-based businesses, as such an agreement should see the same trading conditions in place for the immediate period after Britain formally quits the bloc in March 2019.

The EU are currently refusing to allow the UK to move on to discussions about a transition deal or a future trading relationship until key divorce issues are agreed.

Sir Howard claimed the terms of any transition deal needed to be known within the first three months of next year if the Government hopes to stop firms shifting resources away from London.

“If nothing is certain by the end of the first quarter of next year, by March, then people will trigger those contingency plans,” he said.

“Because they won’t have time to put them in place by March 2019 unless they start at least a year ahead.

“That’s the moment at which we need to know what the transition arrangements are.”

Sir Howard added the tight time frame for Brexit talks revealed the “unwisdom” of triggering Article 50, the formal notice for EU departure, “without knowing what the endpoint was”.