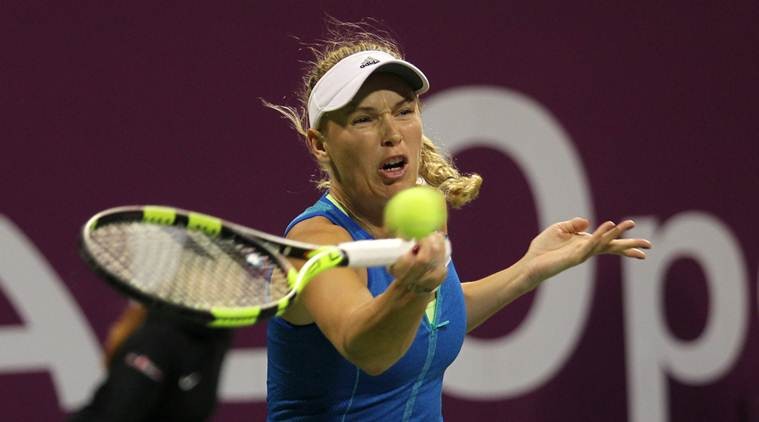 Karolina Pliskova beat Caroline Wozniacki in the Qatar Open final to win her second title of 2017.

The Czech won 6-3 6-4 in one hour and 20 minutes to claim her eighth WTA title and follow up her most recent victory in Brisbane in January.

A rain-affected week meant Pliskova played her quarter-final, semi-final and final within 24 hours.

“It was an unusual week for me. It was not easy with all the stoppages,” said the 23-year-old world number three.

“I’m having a great start to the year, which is always important. Last year was a breakthrough. Reaching the US Open final was my biggest result. It gave me a lot of confidence.”

Wozniacki, a former world number one, is set to rise three places to 15th in the new rankings next week.