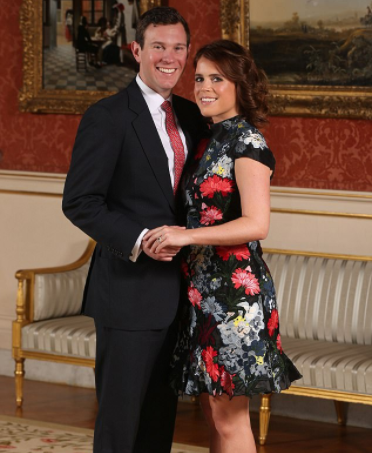 The date of Princess Eugenie’s wedding to Jack Brooksbank has been fixed.

The wedding will take place on October 12, in St George’s Chapel at Windsor Castle. Princess Eugenie’s father, the Duke of York revealed this via his official Twitter account.

The father of the 27-year-old princess tweeted: “The marriage of Her Royal Highness Princess Eugenie to Mr Jack Brooksbank will take place on 12th October 2018. As previously announced, the wedding will take place at St. George’s Chapel, Windsor Castle.”

The couple had wanted to tie the knot in September but it clashed with some royal engagements, including a possible high-profile foreign tour for Prince Harry and Meghan Markle so it had to be pushed back.

Eugenie and Jack have dated for seven years and are keen to walk down the aisle as soon as possible.