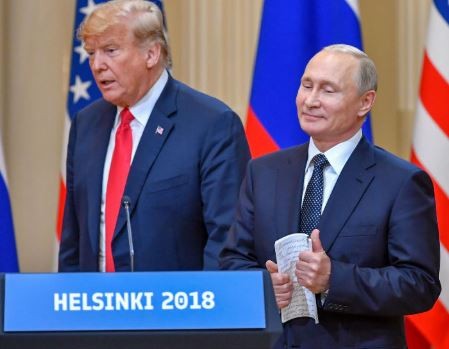 President Donald Trump has rejected a proposal by Vladimir Putin to allow Russian officials to interrogate a former US ambassador and other American citizens.

“It is a proposal that was made in sincerity by President Putin, but President Trump disagrees with it,” said Press Secretary Sarah Sanders.

Putin had offered a quid-pro-quo of permitting US justice officials to go to Russia to question 12 intelligence officers indicted for hacking Democratic Party computers, in exchange for Russia being allowed to question former US envoy to Russia Michael McFaul and others.

“Hopefully, President Putin will have the 12 identified Russians come to the United States to prove their innocence or guilt,” said Sanders.

The White House’s equivocal stance on the issue over two days spurred outrage across the US government, with politicians from both parties strongly condemning the idea that Trump would allow Russian prosecutors to come to the United States and interview US officials.