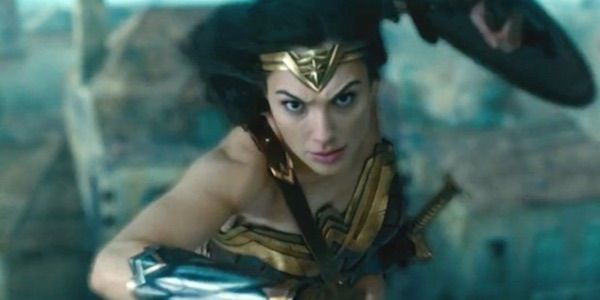 Behind every mesmerizing scene is some true Hollywood magic.

While Wonder Woman fans couldn’t get enough of Gal Gadot‘s portrayal of Diana Prince, moviegoers also couldn’t help but admire the places they visited thanks to the flick.

Before fans can own the movie on Digital beginning tomorrow, E! News has obtained an exclusive clip titled “A Director’s Vision: Diana in the Modern World” where director Patty Jenkins takes a look at some of the movie’s most famous scenes.

“We took grand locations and just changed them into a different location,” she revealed in the clip. “Australia houses this incredibly beautiful embassy here in England that we took over the entire interior of it and turned it into Selfridges.”

Patty continued, “For the Turkish airbase, we took over Tilbury Fort—famous for Elizabeth I giving her speech on a white horse when the Spaniards were invading—famous piece of land.”

For the German Gala interior, producers shot inside Elizabeth’s childhood home where she was banished when Henry VIII executed Anne Boleyn.

And for the exterior of that same place, Peggy reveals that the crew “shot in a castle in the south of England, which is one of the most beautiful castles I’ve ever been to. It was just these unbelievable locations.”

It’s just one of the many behind-the-scene secrets movie fans will experience once they purchase a copy of the film. In fact, Wonder Woman‘s debut on Blu-Ray on September 19 will include an all-new bonus scene, interviews with filmmakers, featurettes and extended scenes.

As for the main event, Wonder Woman earned more than $400 million at the domestic box office thanks to positive reviews from critics and consumers alike.

In fact, E! News confirmed earlier this summer that Gal will return for the sequel that has a tentative release date for December 13, 2019.