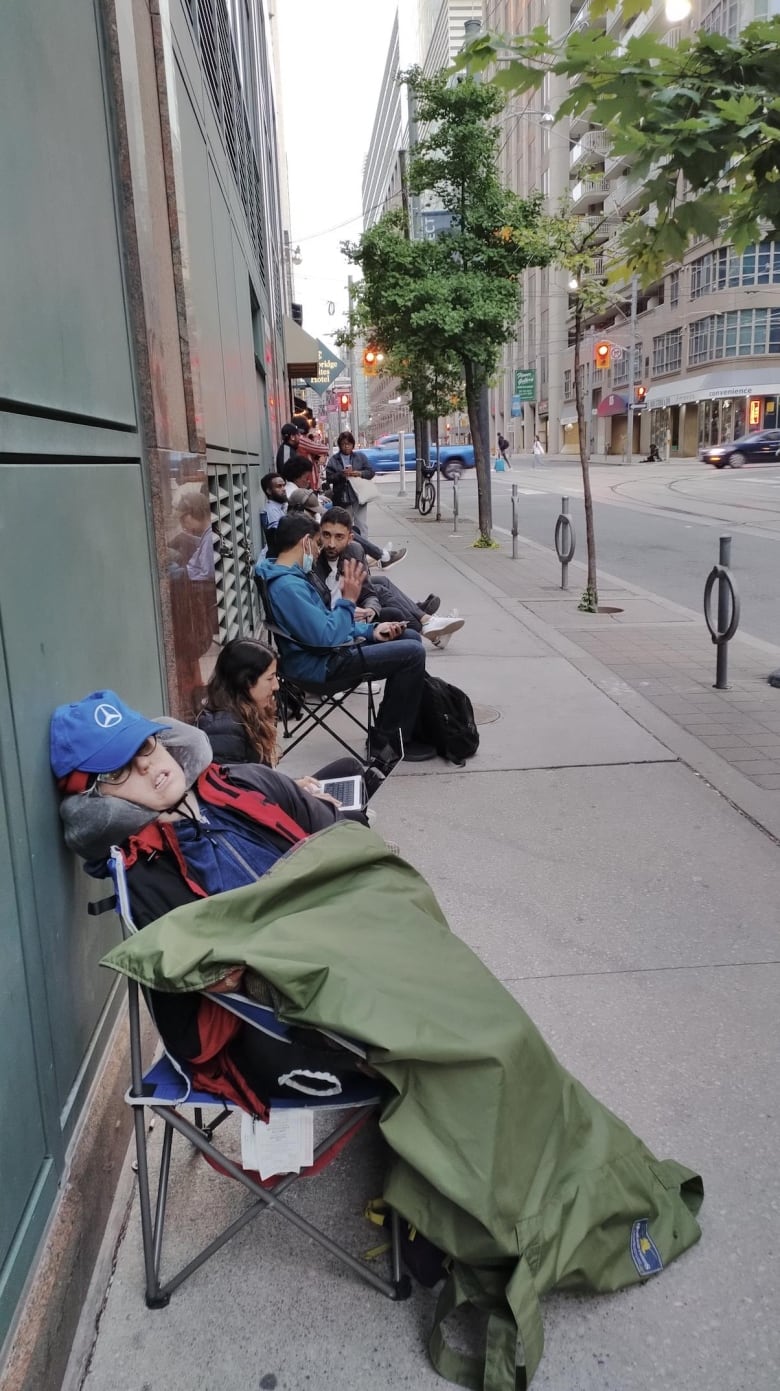 Canadians are getting creative trying to cut the long waits for passports that have been dragging on for close to five months after a surge in post-pandemic travel demand overwhelmed the system.

Despite all this, applicants say they are spending thousands of dollars to travel to less-busy passport offices — or even faking travel plans to speed the process to beat the 340,000-application backlog.

Federal officials say they are working to fix the problem.

Karina Gould, the minister responsible for passport services, said Canadians are getting their passports on time, and there’s no need to “fake” travel — booking a flight you do not plan to take — to be eligible for Passport Canada’s urgent 48-hour approval mechanism.

“That impacts the whole system. There are a lot of people who did the right thing. They sent off their passports well in advance. Their applications are impacted by anyone who books fake travel,” Gould told CBC in a phone interview on Friday.

She had heard of the practice, but doubts it is widespread.

“I would be very disappointed to hear that, because that would be putting additional pressure on a system that is already pressured,” said Gould.

Meanwhile in Toronto, a man who CBC agreed to call Robert, said he has spent the past 59 days organizing 10 staffers to hold spots in lineups for about 500 absent passport applicants.

He said he has earned up to $1,000 per day offering this service.

No passport number needed to book many online flights

“Most of my customers book fake flights just to get their passports so they can drive across [the border],” said Robert.

“You’re going through more hoops to drive across [the border] than to fly. So what they do is just book a fake flight. It’s usually Toronto to New York or Toronto to Miami, and within 24 hours, they cancel it,” he said of his customers.

Multiple travel agents and Air Canada confirmed that many flights can be booked online without a passport number, and full-fare or business class ticket is often refundable.

Other travellers head to out-of-province Service Canada offices where the lines are not so long, with some citing shorter waits in Halifax or St. John’s.

He said lately more travellers from other parts of Canada are utilizing the passport processing services in at Newfoundland.

“We’ve always gotten people from the edges of the world — like Pangnirtung (Baffin Island) — but now they are showing up from bigger cities,” said Young.

Gould said lineups have decreased with the hiring of 500 new staffers, extended hours and the prioritizing of applicants with imminent travel plans, within 48 hours.

This and other measures – like transferring application files to one of the 300 Service Canada offices upon request — aimed to reduce passport processing waits.

But many who mailed in applications last spring say the turnaround remains sluggish.

It’s difficult to get anybody on the phone or get an accurate status on an application, according to many applicants, including Paula Langley, a Canadian living in the U.S. who applied for a new passport in April.

Updates difficult to get

“The biggest problem is people being unable to get an answer about where in the process their passport is. I think the issue is partially technology. They are likely using outdated software. Other countries let you check your status in an online portal,” said Langley.

“It is very difficult to even get somebody on the phone to ask questions. The 1-800 number just cuts off after the queue of callers gets too high.”

On Passport Canada’s website, delivery is promised in 46 days or six and a half weeks. But anyone needing a passport within two business days can go to specialized sites offering urgent service, if they have proof of travel.

The government’s plan was to ease backlogs, but it’s given some a chance to jump the queue by booking and then cancelling travel.

“It’s upsetting,” said Leanne MacLeod who runs Getaways by Leanne out of Toronto and offers passport advice online. What’s not helping, she said, is booking a “fake” trip that you cancel to get travel documents.

“I’ve seen people recommend booking a refundable hotel, then cancelling,” she said. “It’s really what’s holding up the whole process right now. For every person who gets ahead, one gets bumped.”

Taylor Bachrach, the New Democratic Party’s transport critic, said the fact that people are trying to work around the system is evidence it’s not working.

“It shows how frustrated people are and the lengths they are willing to go,” said Bachrach.

“If people are having to ‘game’ the system to get their documents, that shows how broken the system is.”

People in his Skeena Bulkley Valley constituency in Northern B.C. live a 12-hour drive from the nearest passport office.

Bachrach has one staffer who has spent the past several weeks devoted to helping constituents secure passports.

“I have a constituent whose family needed to travel to the United States, and we were able to work with the federal government to arrange for the passports to be picked up. But he had to incur $2,000 in extra travel costs to get from here in Smithers, B.C., all the way to Victoria to pick up the passports. … This obviously has a big impact on people.”

Bachrach said these months of passport chaos are “unacceptable.”

“The increased demand for passports was entirely predictable. But the Liberals failed to act even though they had months to prepare for travel to return.”

That lack of foresight has left many Canadians apprehensive, with only a few weeks of summer left. Joseph Ivens of Terrace, B.C., applied to renew his two teens’ passports back on April 4.

The family of five has saved for a trip to Mexico for four years. The flight is booked for Aug. 27, but the passports have not come.

The father of three said he’s made hundreds of calls, several requests for a file transfer and appealed to his member of parliament. He may be forced to travel to Calgary or Vancouver at the last minute to try to secure the travel documents so the holiday is not lost.

“It’s causing my family massive stress with loss of sleep. It’s breaking us,” said Ivens. “I have no recourse.”

Gould, the minister responsible for passport services, told CBC on Friday that Ivens will get travel documents on time.

“He will get his passport. I understand people are stressed, but everyone is getting their passport on time,” said Gould.