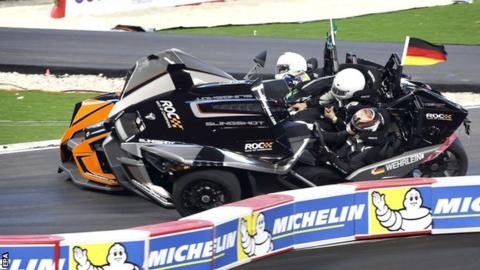 Sauber driver Pascal Wehrlein will miss the first Formula 1 pre-season test because of a back injury sustained in a crash last month.

The 22-year-old German, who raced for the now-defunct Manor team in 2016, rolled his car after a collision with Williams driver Felipe Massa at the Race of Champions in Miami.

The first pre-season test is in Barcelona from 27 February to 2 March.

“I feel sorry for the team but we’ll come back stronger,” said Wehrlein.

Wehrlein joined Sauber in January and the first race of the 2017 season, the Australian Grand Prix, will be held on 26 March.