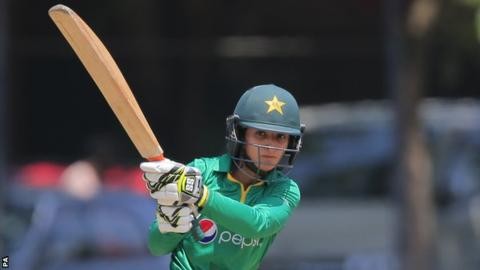 Bangladesh, the only other team still in contention, lost to Sri Lanka by 42 runs in their rain-affected final game of the World Cup Qualifier in Colombo.

India, who beat Pakistan, and South Africa, who overcame Ireland, had already made sure of qualification.

Those top four teams from the Super Six phase will join hosts England, plus Australia, New Zealand and West Indies.

The leading four sides had booked their places by finishing in the top four of the ICC Women’s Championship, which was contested between 2014 and 2016.

It is the first time since 1993 that England have hosted the tournament, which starts on 24 June and will be played in a round-robin format with the group games at Bristol, Derby, Leicester and Taunton, before Lord’s hosts the final on 23 July.

The Qualifier concludes in Colombo on Tuesday with the top two sides, India and South Africa, meeting in the final – although this does not affect qualification.