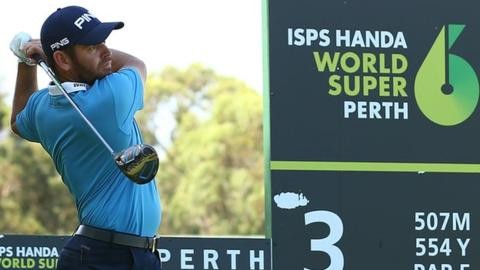 Former Open champion Louis Oosthuizen says he will need a different mindset for the inaugural World Super 6 event that begins in Perth on Thursday.

The event consists of three strokeplay rounds and two cuts, before the top 24 play off in six-hole matchplay duels.

“It will be a mindset thing where you’ve got to realise that the strokeplay is just a qualifier to get into Sunday,” said Oosthuizen.

“It’s a bit like when I played the qualifying school.”

The 34-year-old South African believes that the format will create a climatic final day’s action as the final 24 take each other on in a knockout matchplay tournament.

“You’ll see probably a few more riskier shots which you wouldn’t see in stroke play. It should be a very exciting Sunday,” added Oosthuizen.

The top eight go straight into the last 16, while the remaining 16 will be drawn together in head-to-head matches to decide the other eight spots. From there it is straight knockout until there is a winner.

According to the World Super 6 website, any knockout matches ‘not decided after six holes of matchplay will be decided by playing the new shootout hole’.

The ‘shootout hole’ will be 90m long and see ‘a new tee placed adjacent to the 18th fairway and utilising the 18th green’.

The new-look tournament is part of a drive to reverse the decline in the number of people playing the sport.