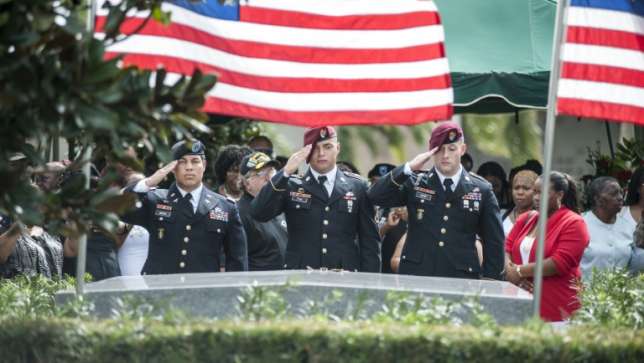 A second team of American soldiers was operating close to the site of a deadly ambush on a US-Niger patrol, the Pentagon said Thursday, adding a new element to the much-scrutinized operation.

“There are other teams that operate in Niger. There was one that had something to do with this operation,” Joint Staff Director Lieutenant General Kenneth McKenzie said.

He declined to immediately give many additional details, telling Pentagon reporters: “It’s involved in the timeline and we just want to make sure that we have the opportunity to get it right and understand the totality of it before we bring it forward.”

The Pentagon is investigating the October 4 clash in Niger, West Africa, which cost the lives of four American soldiers and five Nigerien troops.

They had been on a joint patrol in the village of Tongo Tongo near the Niger-Mali border when they were attacked by about 50 local fighters associated with the Islamic State group, General Joe Dunford, the Chairman of the Joint Chiefs of Staff, said this week.

Questions have been raised over why it took hours before backup support reached the patrol, and why one US soldier’s body was left behind and only recovered the following day.