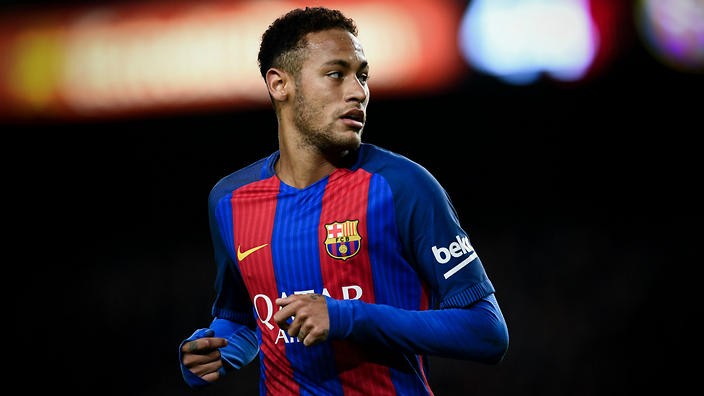 Barcelona player Neymar and his club will stand trial on corruption charges over his transfer from Brazilian team Santos, after losing a final appeal.

The case relates to a complaint from Brazilian investment group DIS, which owned 40% of Neymar’s transfer rights.

It claims it received less money than it was entitled to when Neymar joined Barca from Santos for £49m in 2013.

Santos, Neymar’s mother and a company run by the 25-year-old footballer’s parents will also face charges.

“Santos FC, Barcelona FC, Neymar, his mother Nadine Goncalves and N&N, the family company, have lost their appeals to have charges of fraud and corruption dropped,” the Spanish High Court said in a statement.

They cannot appeal against the court’s decision.

Prosecutors are seeking a two-year prison sentence and a fine of nearly £8m for Neymar.

However, even if the Brazil international were found guilty he would be unlikely to go to jail. Under the Spanish legal system, prison terms of under two years are typically suspended.

Prosecutors are also seeking a fine of about £7.2m for Barcelona and £5.6m for Santos.

Barca thought they had brought the affair to a close when a judge archived the case in June, but Spain’s public prosecutor successfully overturned the ruling in September, allowing the case to proceed.

Neymar’s Barcelona team-mate Lionel Messi was sentenced to 21 months in prison for tax fraud in July of last year. He has appealed against the sentence.