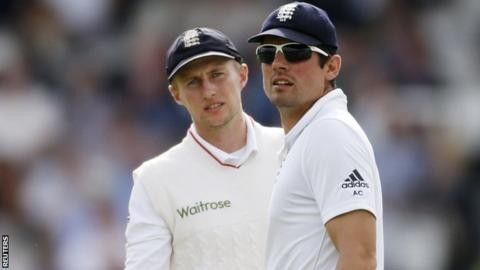 New England captain Joe Root says he will seek the advice of his predecessors before taking charge for the first time in July.

The 26-year-old has replaced Alastair Cook despite only leading in four previous first-class matches.

“It would be silly not to talk to people who have been in this position before,” Root told BBC Sport.

“Maybe I’ll also speak to a few people away from cricket to get different perspectives on things.”

The Yorkshire batsman added: “The opportunity to do that comes with a great deal of time before our next Test, hopefully I can be smart about things and use that time wisely.”

The Yorkshire batsman takes over from Cook, who resigned on 6 February after a record 59 Tests in charge.

Cook has stated his intention to remain in the team, with Root keen to tap into the experience of the opening batsman and other senior players like pace bowlers James Anderson and Stuart Broad.

“You shouldn’t be scared of asking for help,” said Root, who has had limited opportunities to lead in county cricket since making his international debut at the age of 21.

“I will want to do things my way as well because I would like to think I can put my own stamp on the job.

“I like to think I’ll be instinctive, I want us to always to look to win and be a tough side to play against.”

Speaking before Cook resigned, Root likened becoming captain to being a new father, his first son Alfie having arrived in January.

And he was performing a fatherly duty when he asked to become captain on Sunday evening.

“On Sunday afternoon I took Alfie for a nappy change and got a nice call from Andrew Strauss saying this is that one call in your life when you get offered the England captaincy.”

Root will lead England in home series against South Africa and West Indies before the defence of the Ashes in Australia next winter.

His task is to reverse the fortunes of a side that have lost six of their past eight Tests.

“I can’t for the Ashes,” he said. “We should all be very excited about that.

“We have a great blend of experience and raw talent and there’s a core group of players that have played 20 or 30 games.

“It’s a great time for them to become more consistent and to make this side really tough to beat.”