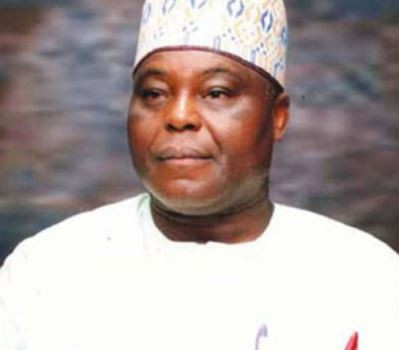 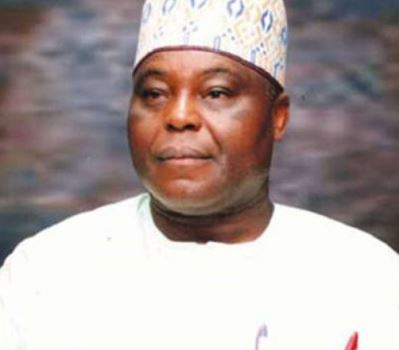 The National Broadcasting Commission (NBC) has threatened to move against African Independent Television (AIT) and RayPower FM over some reports it considered unfavourable.

The regulatory body accused the broadcast stations of airing “offensive, unfair and unprofessional” content in violation of its rules.

In three letters made availbale to media houses, Armstrong Idachaba, the commission’s director of broadcast monitoring, asked AIT and RayPower to state why they should not be sanctioned over the issues raised.

“The continued use of your licence (given in trust to you on behalf of the entire Nigerian people), to embark on attacks and vilification of the regulator shall attract appropriate sanctions going forward,” he wrote.

In one of the letters, Idachaba alleged that the stations had the motive of inciting the public against the Independent National Electoral Commission (INEC), the All Progressives Congress (APC) and the government.

“Monitoring reports on AIT and Ray Power FM indicate that a news commentary replete with unfair allegations against the judiciary was aired from Monday, 20th May, 2019.

This commentary was aired on the two stations during the week. The broadcast is a contravention of the provisions of the Code and extant laws regarding discussion of cases pending in the law courts which could be termed as contempt of court.

“Furthermore, the language used was -offensive and unfair on the judiciary. The broadcast is viewed as offensive, unfair and unprofessional, as provisions of Section 1.15.1 of The Nigerian Broadcasting Code was violated” the letter read.

In a letter May 27, NBC wondered the motive behind the documentary: “Nigeria Judiciary on Trial: Lessons from Kenya”. It said INEC was unfairly accused of refusing to make its server public because it doctored the result of the elections. NBC gave the stations until May 31 to respond to its queries or risk disciplinary actions.  In another letter dated May 27, NBC complained about the use of content generated on social media on Kakaaki, a breakfast programme on AIT.

It cited many instances where “inciting words” were used and how social media users fanned the embers of discord. “Your station is by this letter advised to be cautious when discussing issues relating to matters pending in the Court of law and refrain from use of language inimical to the broadcast profession,” it said.

Raymond Dokpesi, founder of DAAR Communications, owners of AIT and RayPower, is currently under investigation over N2.1 billion he allegedly collected from Sambo Dasuki, former national security adviser.  Although, Dokpesi has denied the allegations levelled against him, describing his trial as a witch-hunt, government agencies are still going after the businessman.  Two months ago, his passport was seized when he returned to the country after a medical trip to Dubai. He was also detained for hours. 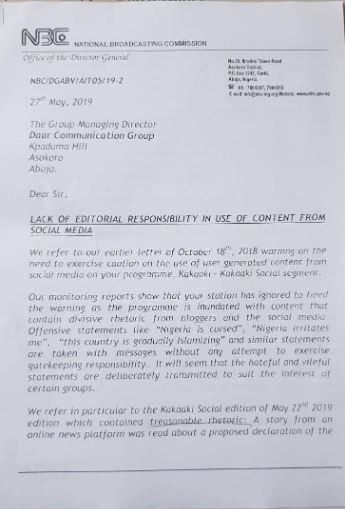 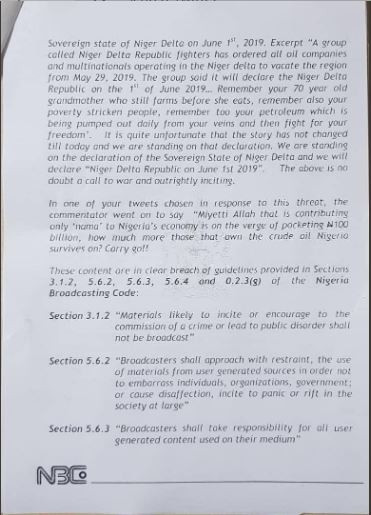 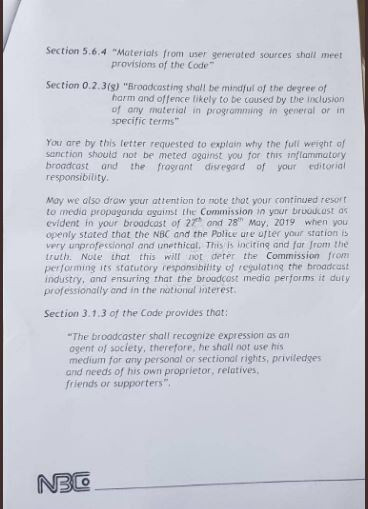 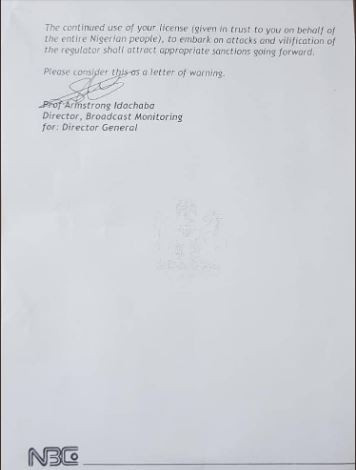