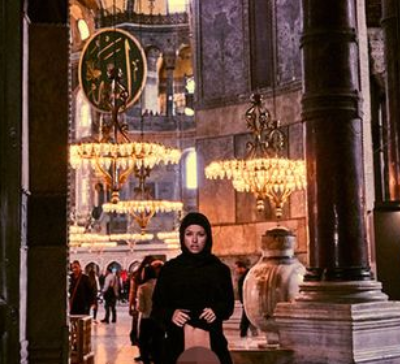 A Playboy model has been massively criticized after she flashed her vagina while wearing a burka at Turkey’s Hagia Sophia Mosque.

Marisa Papen is known for showing off her nudity at different holy or controversial sites. Some time ago, she was jailed for posing nude inside the Karnak Temple Complex near the Egyptian city of Luxor. The model also took part in a naked photo shoot in Jerusalem with the Wailing Wall in the background – one of the most important sites in Judaism. 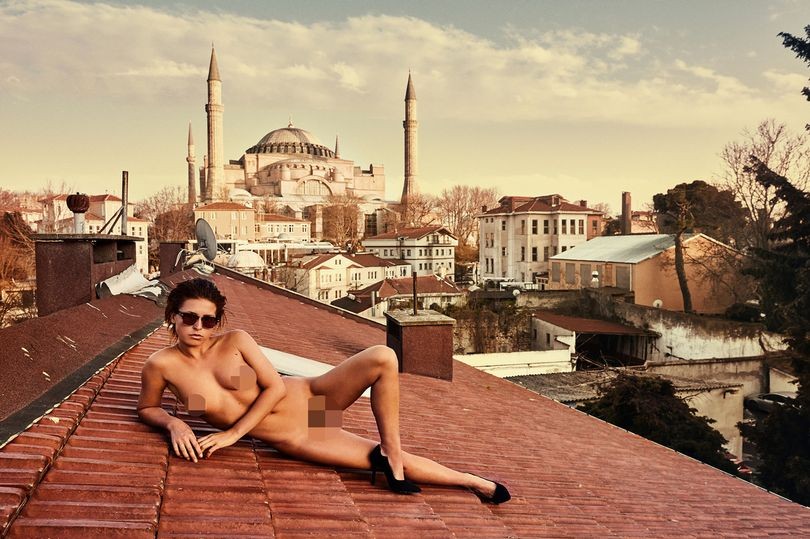 According to Mirror, Marisa, who describes herself as “free-spirited and wild-hearted expressionist” travelled to Turkey with Australian photographer Jesse Walker. They embarked on a daring attempt to take a nude picture of Marisa in the Hagia Sophia, a former Byzantine cathedral and Ottoman mosque which is now used as a museum in Istanbul, Turkey.

Marisa said: “Unlike Egypt, we did not have a solid plan this time. No preparation at all, but endless imagination and a pretty strong foundation.”

After buying a burka in the Grand Bazaar, the two headed off to the Hagia Sophia.

Marisa said: “After waiting in a long queue to enter, we were caught off guard with the amount of security cameras there. They literally have every square centimetre covered.”

Jesse added: “If you’ve ever been to the Hagia Sophia, you will know there’s never a day without thousands of people being around at all times.”

After concluding that the ideal moment to take the picture would never happen, Marisa nonetheless decided to go for it and to lift up her burka to expose her genital area. 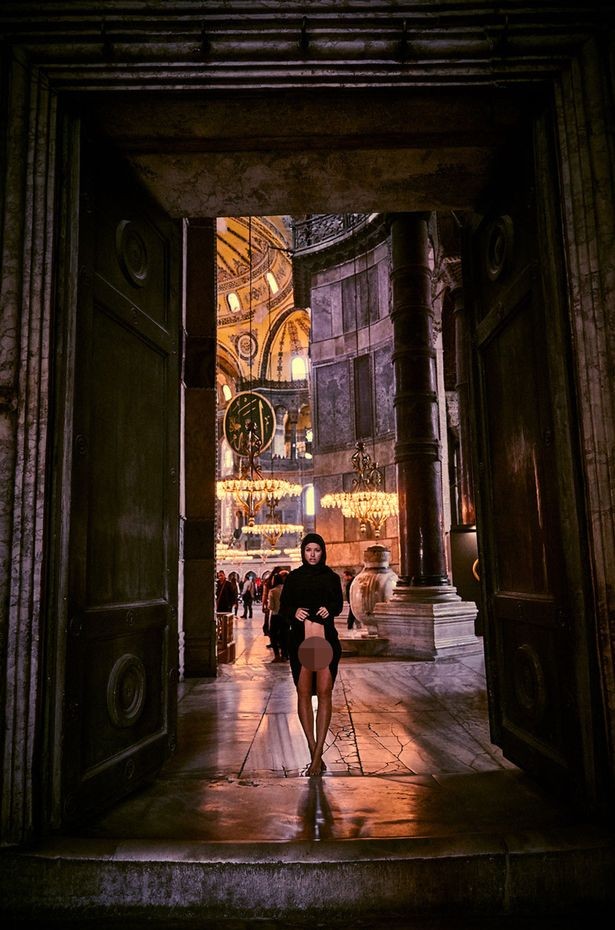 Marisa said: “We decided to wait for a guided group and while the guide was telling his story and everyone was paying attention, it was game-time.”

Jesse added: “It was all done very spontaneously. Inside the mosque, we were hidden in plain sight. There is also a serene calmness inside which helped everything unfold the way it was supposed to.

“We even went back for a second time the next day because we were not happy with the initial shots.

“However, I did not feel like this was that challenging compared to the rooftop shot overlooking the Mosque. For that shot to happen, a lot of planning and coordinating went into it.

“Luckily we have some excellent connections in Istanbul, without them it most definitely would not have been possible.” The photos they took have now gone viral and generated massive fury but Maris isn’t deterred by that and intends to continue in her “art”.

Marisa said: “Jesse and I like to think of ourselves as a modern day Bonnie and Clyde on a James Bond mission, loving every minute for the danger that continuously presents itself to us.” 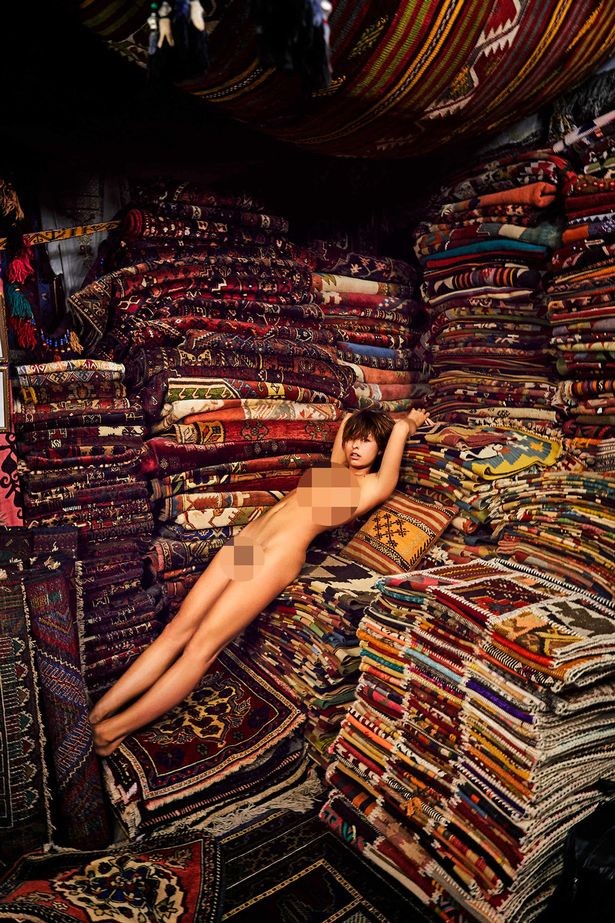 Jesse added: “It can be extremely testing mentally, physically and also between us, but it is always a real adventure.”

However, the pair said they had a near brush with the Turkish authorities after cops visited their Istanbul hotel and interrogated staff a day after they left for another spot in Turkey. 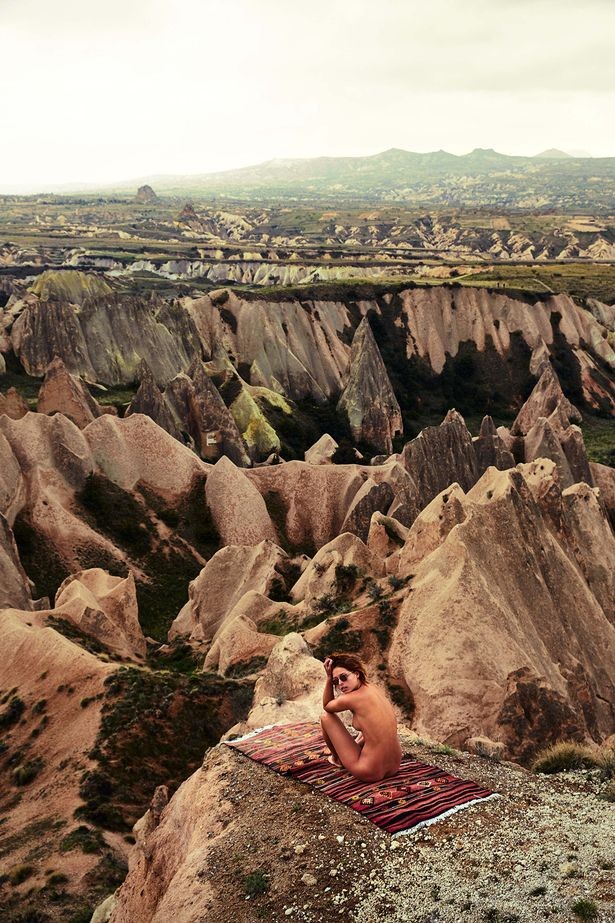