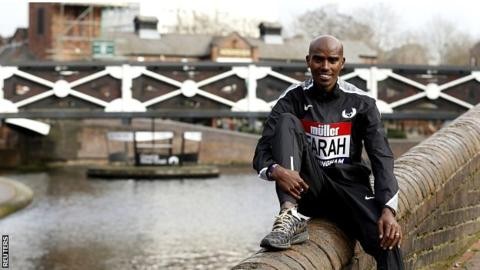 The Briton will compete in the 5,000m and hopes to sign off with victory in what will be his indoor finale.

“I haven’t thought about it before but it will be,” said Farah, 33, who plans to focus on road racing after the outdoor World Championships in August.

“If I want to hang my spikes up after this summer then that will be it, and I’ll move on to the roads.”

Farah is looking to improve on a seventh-place finish at the Great Edinburgh Cross Country last month.

The British athletes are preparing for next month’s European Indoor Championships in Belgrade.

You can watch all the action from the Barclaycard Arena on BBC One from 13:15 GMT on Saturday, 18 February.