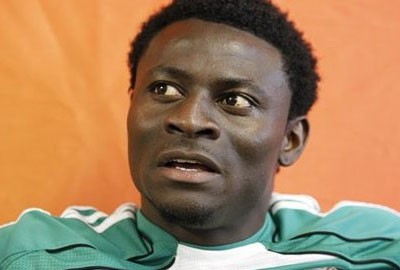 Estranged Super Eagles striker, Obafemi Martins has told coach Gernot  Rohr to consider him for selection in the build up to the 2018 World Cup in Russia.

Obafemi who has played in England, Italy, Spain, USA, Russia  and now China with Shanghai Shenhua said he wasn’t finished with his international career with the Super Eagles.

“I am never through with international football. If the new coach of Nigeria Gernot Rohr needs me, I will gladly honour his call. I am fitter than ever. .

“You have to respect the quality of the young players who are coming through with the national team, they deserve to be given their chance in the team,” said Obafemi.

He argued that the Chinese league, which has continued to attract Nigerian players, was not as weak as people make it to be.

“Playing in China is way higher than in the past, we now have top model professionals in the league, so it’s no longer a case of if you go to China, you are winding down your career”.