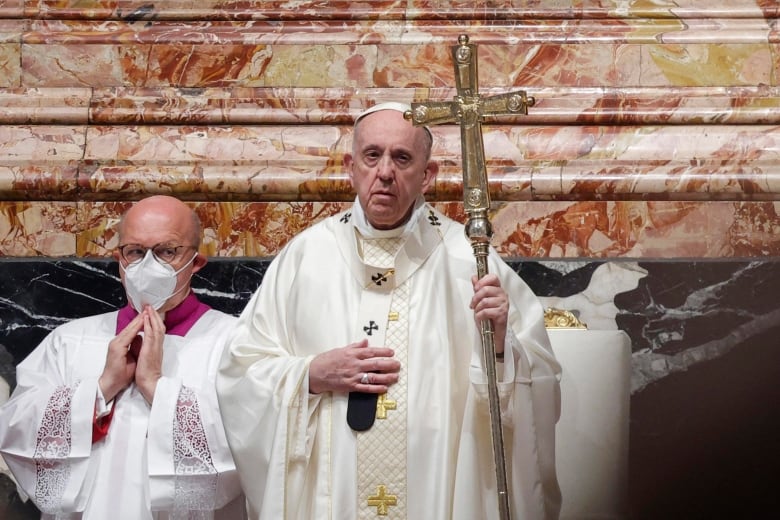 Newly named Crown-Indigenous Relations Minister Marc Miller says he wants to get to the bottom of why Ottawa abandoned its appeal of a ruling releasing the Catholic Church from its settlement obligations to residential school survivors.

“I am as puzzled as everyone,” Miller, who previously served as Indigenous services minister, told The Canadian Press in a recent, wide-ranging interview.

The ruling, handed down by a Saskatchewan judge in July 2015, found a deal had been struck between the federal government and a corporation of Catholic entities. That deal released the church groups from their remaining obligations within the $79 million worth of payments and in-kind services owed to survivors under the Indian Residential School Settlement Agreement, approved in 2006.

That included, for example, a “best efforts” fundraising campaign to generate $25 million, but the court was told that only about $3 million was raised by the groups since the agreement took effect in 2007.

The efforts made by Catholic bodies to relieve the church of responsibilities under the historic arrangement are now facing renewed scrutiny as First Nations searching former residential school sites confirm the discovery of what are believed to be hundreds of unmarked graves of Indigenous children forced to attend them.

Thousands of people told the Truth and Reconciliation Commission that they had been neglected, starved, and both physically and sexually abused at the church-run, government-funded institutions.

According to the Indian Residential School Survivors Society, the Catholic Church was responsible for operating up to 70 per cent of residential schools in Canada. United, Anglican and Presbyterian churches were among those operating the remainder.

Several questions have been raised around why survivors didn’t receive more compensation from the Catholic Church, including why the federal government discontinued its appeal filed not long after the 2015 decision was handed down.

“I question why that refusal to appeal occurred,” Miller said.

“As everyone, I’m dumbfounded by it. End of the day the whole point was about compensation.”

‘I want to get to the bottom of it’: Miller

At the heart of the legal ruling was a dispute between a government lawyer and counsel for the Catholic entities about whether they had agreed to let the groups walk away from all obligations outlined in the settlement in exchange for $1.2 million, or only resolved a more specific part of those obligations.

The disagreement occurred as they went back and forth negotiating details of the arrangement. It ultimately fell to the court to resolve the issue, with Catholic entities contending they had a deal covering the entire settlement and Ottawa asserting that wasn’t true.

After the federal government lost its case, it filed a notice to appeal in August 2015. Overshadowing the matter at the time was a federal election campaign consuming the country, which ended that October with the former Conservative government falling to current Liberal Prime Minister Justin Trudeau.

By November, a government lawyer submitted another document to Saskatchewan’s Appeal Court. This time, it contained a single sentence saying it was abandoning the appeal.

Miller, who was then a rookie MP from Quebec and not yet invited into cabinet, said he hasn’t seen the final agreement releasing the Catholic bodies from their obligations, but he wants to have a look.

“I absolutely do want to see it. I want to get to the bottom of it,” he said.

She was criticized both for a text she sent to then Independent MP Jody Wilson-Raybould, who is Indigenous, which the former justice minister labelled as racist, as well as not doing enough to advance the department’s mandate of building a new nation-to-nation relationship with Indigenous communities.

Hours after being sworn into his new role, Miller said last week that land was at the centre of that relationship, and it was time to “give land back.”

“It’s sort of unfair to have piecemeal examples of which particular parcel could be returned,” he said, outlining how his department must work alongside other federal departments, such as defence, to find ways for lands to be bought back.

“It needs to sit squarely in people’s minds that the relationship that has become broken with Indigenous Peoples did start with land, and it will be solved by returning land.”

The Liberals’ commitment to reconciliation has been tested over the past six months — not only by the discovery of unmarked graves but by its ongoing court battle around compensating First Nations children who lived on-reserve without adequately funded child and family services or who were separated from their families through foster care.

More tension arose after Trudeau travelled to Tofino, B.C., to spend time with his family on Sept. 30, the country’s first National Day for Truth and Reconciliation. The stated purpose of the new statutory holiday is to honour residential school survivors through taking time to reflect and attend in-person commemorations.

Trudeau has said travelling that day was a mistake, and he has since visited B.C.’s Tk’emlúps te Secwépemc nation after not responding to its initial invitation to do so on Sept. 30.

Asked what the prime minister’s trip did to the government’s process of trying to build trust with First Nations, Miller said it “doesn’t help.”

“I think the prime minister would be the first to recognize that.”