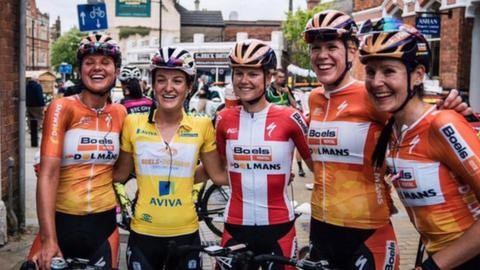 London will host the 2017 Women’s Tour final stage, with the race to open on 7 June in Daventry.

The five-stage event, won by Britain’s Lizzie Deignan last year, will conclude in the capital on Sunday, 11 June.

Its fourth edition will also include stages in Northamptonshire, Warwickshire, Stoke-on-Trent and Staffordshire and Derbyshire.

All of the world’s top 15 teams will take part in the race, which is a part of the UCI Women’s WorldTour.

“This year’s route will combine testing climbs and beautiful scenery in the heart of England with the London finish, which will be an undoubted highlight of the sporting calendar,” race director Mick Bennett said.