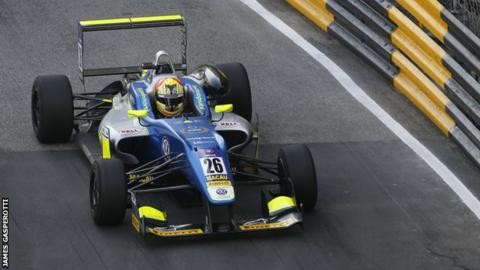 McLaren have signed British teenager Lando Norris to their young driver programme, with a view to developing him towards a Formula 1 career.

“It’s hopefully taking me another step closer to reaching my goal of competing in Formula 1,” he said.

“I’m honoured to become part of such a prestigious F1 team and to be brought in alongside some very good drivers and experienced people.”

Norris will be mentored by McLaren development driver Oliver Turvey, who McLaren describe as the “linchpin” of their F1 simulator programme.

McLaren have also retained Japanese Nobuharu Matsushita, a protege of engine partner Honda, will race again in GP2 and be McLaren’s F1 test and development driver.

Dutchman Nyck de Vries, 22, who raced in GP3 last season, is also still on McLaren’s books but his programme this season has not yet been finalised.