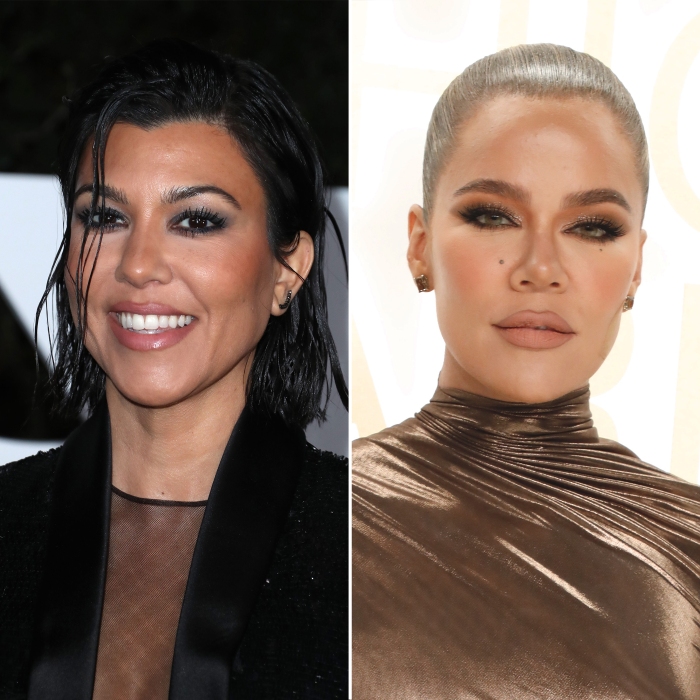 During the season 2 finale of Hulu’s The Kardashians, which aired on Thursday, November 24, the Poosh founder, 43, visited Khloé’s home shortly after her son’s arrival.

“When they open their mouths and just the way they smell,” Kourtney gushed as she held the newborn in her arms, before joking, “I wish I could breast-feed you.”

In the episode, Kris Jenner reflected on the Good American cofounder’s transition to being a mother of two. “Life is good and a new baby in the family is magic. He is such a blessing,” the momager, 67, told the cameras. “God has a plan and this baby was meant to be here and Khloe gets to be a mommy again. That is really special and I am really excited about that.”

Kris also offered the Strong Looks Better Naked author, 38, words of wisdom about her personal life. “I have been telling Khloé for so long how special it is to raise a gaggle of kids because it is a gift to have a brother or a sister. She is going to be the best boy mom in the world,” she added in a confessional ahead of her moment with Khloé. “I am so proud of the way you handled this whole thing with the baby.”

During season 2, Khloé offered a glimpse at her son’s arrival. The premiere centered around the Hulu personality going to the hospital for her second child’s birth following Tristan Thompson‘s paternity scandal.

“Ever since December, it’s been this dark cloud looming over me,” the reality star, who shares 4-year-old daughter True with the athlete, 31, said in the September episode. “Every single day, I’ve been feeling depressed and sad, and now that my son is here, I get to move on, and I get to enjoy.

She added: “It’s almost like I get to close that chapter and be done with this trauma and put it behind me. Now I finally get to start the healing process. Now I get to start enjoying my life with two kids in it and figuring this out. This is gonna be day one, and this is gonna be the start of something positive, happy, and beautiful.”

In December 2021, news broke that Maralee Nichols was suing Thompson for child support. The professional basketball player, who previously requested genetic testing, acknowledged one month later that he is the father to the fitness model’s now 11-month-old son,​​ Theo.

Following the scandal, Khloé opened up about her attempts to move on from her on-and-off relationship with Tristan.

“Just even the habits that you build, when something good happens I would call Tristan. That is what I did. Any little thing I would share my life with him. I am still learning to reprogram myself,” she admitted during an interview with Kelly Clarkson in October. “I know this isn’t the right thing for me and I need to slowly heal and move on, but it doesn’t happen overnight.”

At the time, the TV personality noted she didn’t believe in feelings going away, adding, “My ex-husband [Lamar Odom], I genuinely still love and want the best for him, and I am rooting for him. We all just change or evolve, or you know, sometimes that is just not the right fit for you.”