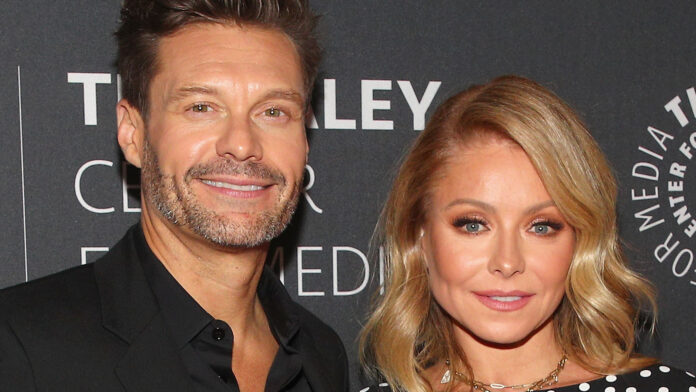 Ryan Seacrest opened up about New Year’s Eve and Andy Cohen on “Live! with Kelly and Ryan.” Lately, it seems as if the two television personalities haven’t seen eye to eye. Although much of that can be chalked up to a friendly rivalry, Seacrest’s comment about CNN cutting back alcohol consumption didn’t sit right with many, according to The U.S Sun. However, both hosts rang in the New Year with mutual respect — or so people thought.

During an episode of “Live! with Kelly and Ryan,” Seacrest talked about trying to get the attention of both CNN co-hosts. He said, “It was funny because my big stage was right in front of Anderson and Andy. And so, when I was not working, I was trying to get their attention. I thought maybe I was in the shot. I just wanted to wave and say ‘Hi.'” However, Seacrest claims Cohen wasn’t as pleasant as his co-host, Anderson Cooper. He said, “And Anderson, the best. He turns around and says, ‘have a good show.’ Class. … Andy did not turn around.” The talk show host suggested Cohen had purposefully ignored him. However, that wasn’t the entire story.

Also read: ‘Maid In Manhattan’ Cast: Where Are They Now?

Seacrests’ co-host, Kelly Ripa, quickly denied that Cohen was ignoring the “American Idol” host. She said, “That’s not true. He said he was trying to get your attention.” While Seacrest appeared surprised by Ripa’s rebuttal, the two hosts quickly moved on.