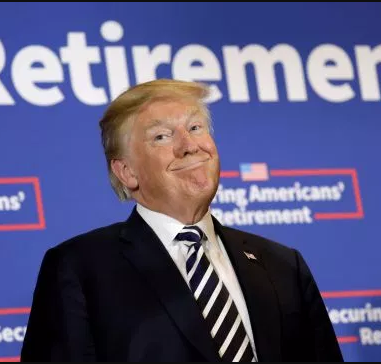 “There’s a chance that this could be one of the single most unfair, unjust things to happen to a candidate but I am with Judge Kavanaugh,” Trump said in New York.

“In my opinion, it’s totally political.” he said

His brief remarks came a day after a second woman, Deborah Ramirez, alleged in an article in The New Yorker  magazine that Kavanaugh exposed himself to her at a party when they were both freshmen at Yale University. read here

Senate Democrats are reportedly investigating the allegations from Ramirez, and the top Democrat on the Senate Judiciary Committee, Dianne Feinstein, has called for Kavanaugh’s nomination to be delayed.