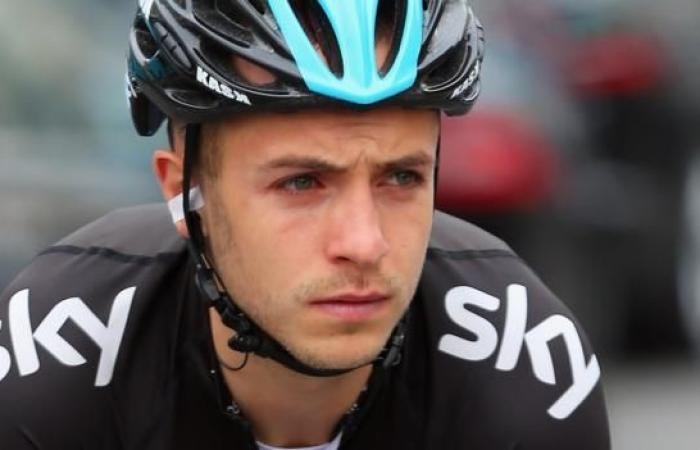 The 32-year-old Briton was sacked by Team Sky and banned for two years for a doping violation in 2014, which also led to him being stripped of the 2012 Tour of Britain title.

He returned to racing at national level in 2016 but says he no longer has the “mindset” to race professionally.

“I wouldn’t want to be a pro again,” he told the Exeter Express and Echo.

“I’m glad I raced last year, even if I was never that fit, as I felt I needed to come back and compete at some level.

“I just about did the bare minimum in training, often missing a few days’ riding at a time – and that was the polar opposite to the way I was before.

“I have searched for the motivation, but the fact is that it’s difficult to get fired up about the kind of races that I once saw as stepping-stones to the pro world.”

Tiernan-Locke became the first British athlete to be sanctioned on the basis of abnormal blood values in his biological passport in July 2014, having previously withdrawn from the 2013 Road World Championships due to potential discrepancies in his data.

He argued the abnormality was explained by dehydration after getting drunk to celebrate his move to Team Sky in October 2012 – but the ban was upheld by the UCI, cycling’s governing body, and Tiernan-Locke was dismissed by the British team.

Team Sky say the anomalies arose in September 2012, when Tiernan-Locke was riding for Endura Racing, with whom he also claimed overall wins in the Tour Mediterraneen, Tour du Haut Var and Tour Alsace that season.

In an exclusive interview with BBC sports editor Dan Roan in October, Tiernan-Locke questioned Team Sky’s stance on therapeutic use exemptions (TUEs) and claimed he was offered Tramadol – a legal but controversial painkiller – when riding for Great Britain at the 2012 Road World Championships.

His claims led to an ongoing UK Anti-Doping (Ukad) investigation into “allegations of wrongdoing in cycling”. Team Sky and British Cycling deny any wrongdoing.

Tiernan-Locke told the Press Association on Friday that the governing body are keen to “hear what I’ve got to say” on the matter.

A talented junior, Tiernan-Locke was diagnosed with Epstein-Barr virus in 2005, which affected his immune system and forced him to stop racing, before returning with the Rapha Condor team in 2010.

He made a second return to racing in 2016 following his suspension with the Saint Piran team he co-founded, but has now decided to focus on his work in property renovation and redevelopment.