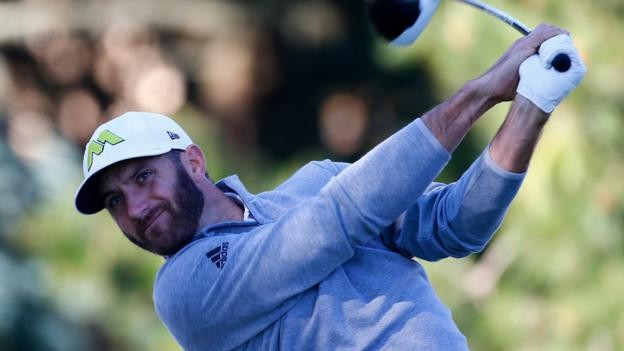 Dustin Johnson’s bid to become world number one continued as he is in tied second place after the first round of the Genesis Open – despite a bee sting.

Johnson trails fellow American Sam Saunders by two shots for the lead, and can overtake Jason Day with victory if the Australian ties for third or worse.

Day is tied for 74th on even par after only 16 holes, as play was suspended because of poor light in California.

Johnson, starting on the back nine, shot a five-under-par 66.

He was stung by a bee on the first hole but went on to hit four birdies in his first nine holes, before dropping a shot on the fourth – his 13th hole – when he missed “a pretty easy par putt”.

“It would be great to get number one but I’m focused on this week,” he told the PGA Tour website.

“I played really solid all day long but I just want to put myself in a position to have a chance to win on Sunday. That’s the only thing I’m really thinking about.”