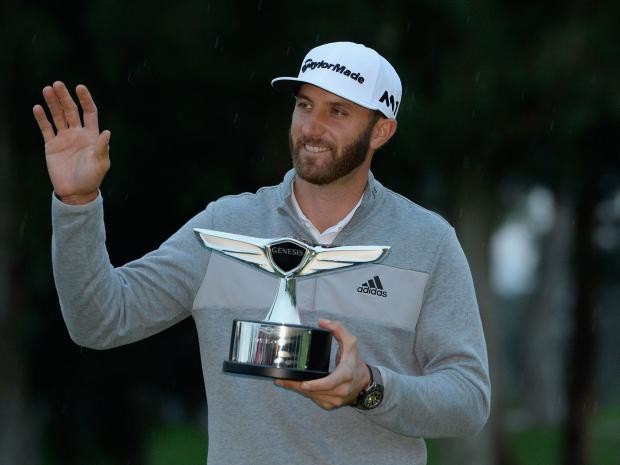 American Dustin Johnson became world number one for the first time with victory at the Genesis Open.

Johnson, 32, carded a par 71 on the final day to finish on 17 under with compatriot Scott Brown and Belgium’s Thomas Pieters tied second on 12 under.

The US Open champion had to play both his third and fourth rounds on Sunday after storms disrupted the tournament.

England’s Justin Rose finished in a five-way tie for third as he shot a fourth-round 68 to finish on 11 under.

“I believe in myself. I think I’m a great player,” said Johnson after Sunday’s victory in California. “To finally get a win at Riviera feels good because I’ve finished second here a couple of times, lost in a play-off, and felt I should have won a couple of other times.”

Nearly seven hours of play were lost during Friday’s storms with the second round delayed by a further two hours on Saturday to clear up the course.

Johnson was unable to start his third round on Saturday evening as bad light suspended play 17 minutes before he was scheduled to tee off.

But the American continued his fine form from the first two rounds, dropping only two shots over the entire weekend.

Victory preserves Johnson’s record of having won at least once in each of the 10 seasons he has been a professional.

The Masters, the first major of the year, takes place in Augusta from 6-9 April.