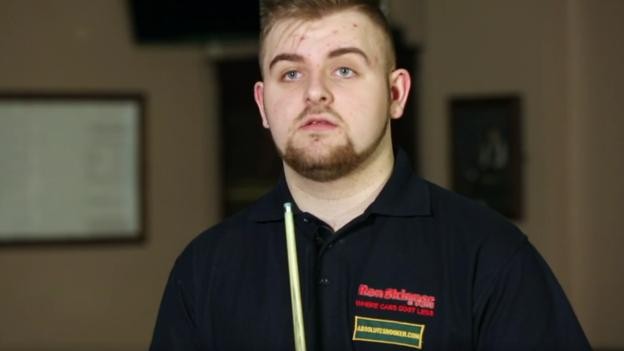 Fifteen-year-old Jackson Page says it will be “great to miss more school” after reaching the Welsh Open last 32.

Page beat world number 78 John Astley on Wednesday, having already overcome world 123 Jason Weston in the first round of his debut professional event.

“No English, most importantly, and no history,” said the Ebbw Vale teenager. “I am doing GCSEs, but the school know this could be a career for me.”

Page has already won £3,500 and could play world number four Judd Trump next.

It is great to miss some more school. No English, which is the most important thing, and no history

“I remember watching Judd Trump when I was a kid, he was at Newport and played Ronnie O’Sullivan on one of the TV tables,” Page told BBC Wales Sport.

“I knew I could come here and get far and I looked at the draw and saw Judd and knew I could play him so my eyes were on that.”

Page, who attends Ebbw Fawr Learning Community in Blaenau Gwent, won £2,500 for reaching the second round and another £1,000 for progressing to the third.

Page trailed Weston 3-1 in round one, but recovered to win a tense deciding frame.

The youngster also held his nerve superbly to beat Astley with a break of 36 in the decisive frame.

“I am over the moon with the win,” Page said. “It is good to beat a player ranked so highly. But I just focus on potting the balls.”