Home Lifestyle Celebs Is the Queen planning to crown William and Kate King and Queen? 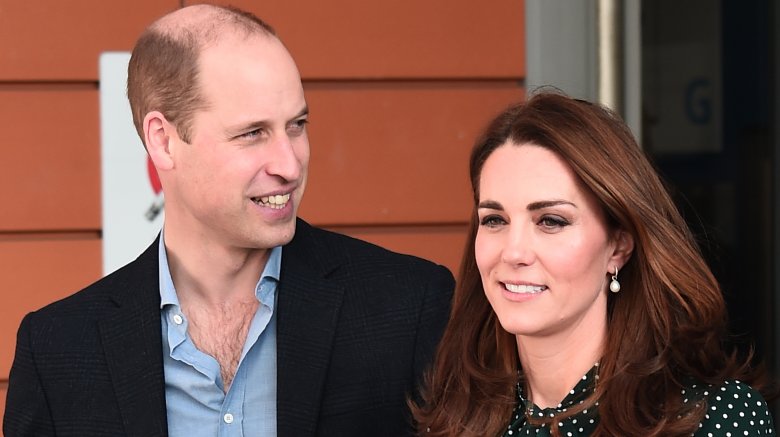 Queen Elizabeth II might just skip son Prince Charles and instead crown grandson Prince William as the next king of England — at least that’s what one report suggests.

A source told Life & Style (via SheKnows) that Queen Elizabeth will assign her royal duties to Prince William and his wife, Kate Middleton. In doing so, the queen would effectively pass over Prince Charles and his wife, Camilla Parker Bowles, disregarding the established line of succession.

So, just why would Queen Elizabeth not make her own son the next king? Well, according to Life & Style‘s anonymous insider, Queen Elizabeth wants to help secure the House of Windsor’s future with a younger generation at the helm of the monarchy. “Her Majesty realized that William and Kate are the future,” the source told the magazine. “She has spent 65 years making sure that the House of Windsor survives, and she sees William and Kate as having the energy and star quality to do the job in a modern world. Queen Elizabeth will always do what is best for the long-term health of the monarchy.”

According to the source, the queen does not believe that the monarchy retains the “respect and power it once had,” but she thinks that William and his wife “can turn that around” as king and queen.

But, of course, all of this is just speculation. It’s important to note that the royal family hasn’t made any official announcements regarding the potential skipping of Prince Charles in the line of succession. So, until we hear from Kensington Palace about it, there’s no reason to doubt that Charles will be king. Actually, it’s highly unlikely that he’d ever be denied the crown.

In late September 2018, Gossip Cop reported that Star magazine’s article alleging that Charles would be skipped over as king in favor of his eldest son was totally false. “Not only are we told it’s untrue, but there [are] rules and regulations, some more than 300 years old,” Gossip Cop wrote, in part.

As noted by the publication, Queen Elizabeth can’t simply decide William will be next in line for the throne. Parliament regulates the line of succession, as established by the Act of Settlement of 1701, so swapping her son out for her grandson as next in line for the crown isn’t exactly doable, unless Charles somehow failed to meet the requirements, which include being a Protestant.

Plus, People adds, Prince William probably doesn’t want to be king just yet. He has a growing family with three little ones — Prince George, Princess Charlotte, and Prince Louis — and, if he would be crowned sometime soon, he wouldn’t be able to spend as much time with his wife and children given the time-consuming nature of the gig. On this topic, Seward said that Charles “wants his son to have the chance of a family life before he takes up the burden of kingship — a King has no family life as it is so restricting.”

And Charles has consistently taken up royal responsibilities — he attended a whopping 398 royal engagements in the United Kingdom and 109 overseas in 2018 alone, as reported by CNBC. What credible reason would there be for him to not be given the throne?

According to People, some may believe that Charles’ affair with Bowles during his marriage to Princess Diana could somehow prevent him from becoming king… but those people would be wrong. While an extramarital affair may be frowned upon, there’s reportedly nothing that states that it’s grounds for termination from the line of succession. Same goes for Charles’ divorce from Diana and later marriage to Bowles. While divorce may have once been taboo, it’s no longer seen in such a negative light and it’s not uncommon in the royal family, as three of Queen Elizabeth II’s four children have been divorced.

And before the leaders released that statement, Queen Elizabeth II had advocated for her son to one day become king, saying, “It is my sincere wish that the Commonwealth will continue to offer stability and continuity for future generations and will decide that one day the Prince of Wales should carry on the important work started by my father in 1949.”

So, unless something unforeseen happens, Prince Charles, by all indications, will become king.